A video showing a lecturer trying to solve a Physics question in a class and seemed to be having a hard time has gone viral online.

In the clip shared by @Instablog9ja, some students filming him said “physics na your mate?” as they all laughed hard at the man’s confusion. 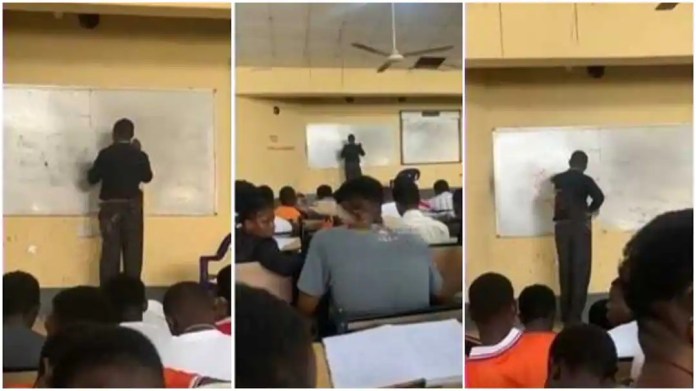 At a point, the man had to clean what he had written on the board to retrace where he must have gone wrong in his calculation.

While the man was struggling to make headway, some of his students who were filming him laughed hard at his confusion.

Many netizens who reacted to the video said that Nigerian lecturers act as demigods on campuses even when they do not know it all.

At the time of writing this report, the video has gathered thousands of views with over 2000 comments.