Nigerian rapper, Erhiga Agarivbie popularly known as Erigga has revealed that he witnessed a rather odd incident which he finds hilarious. 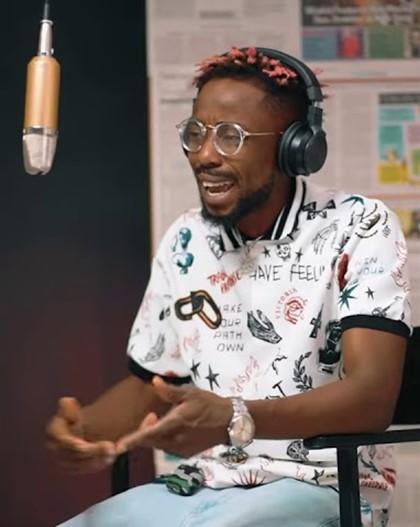 According to the Warri-based artiste, someone took a loan online and used it to patronise a sex worker.

@1_Lambeau; No better thing can come out online loanGrinning face with smiling eyes. Na just money for food and urgent 5k. They will take all the profits from your hustle.

@richlinkroos; He gat one life to live he no fit kill himself ,if there’s life there’s hope say e go pay back.

@iamtjb001; At least the guy enjoy nah, what about a guy in my area wey borrow loan from Lapo 50k play bet9ja ticket come cut

@ib_benny5; That one don give up for this heavenly rac