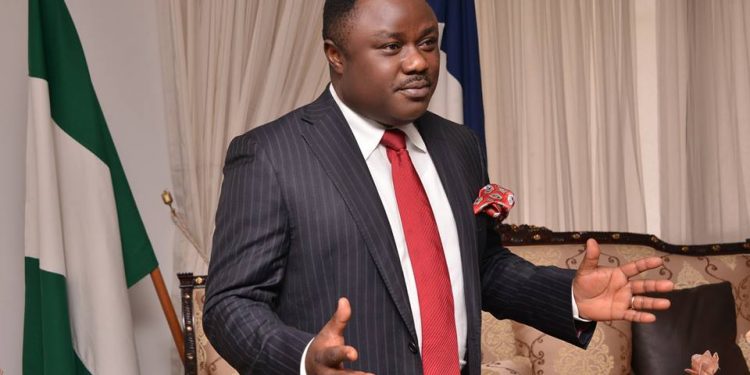 The battle for the soul of Cross River seems to be getting to the climax as about seven APC governors stormed the state to lobby Governor Ben Ayade to defect to their party.

The governors, who arrived in Calabar at about 7: 30pm, include of Imo, Hope Uzodimma, Ekiti, Plateau, and Yobe.

Sources close to Government said that Jigawa and his Kebbi counterpart could not land due to the poor weather situation and may likely join their colleagues tomorrow.

The governors, it was gathered, are in the state to woo Ayade to move over to APC in view of the crisis rocking the PDP in the state.

As at the time of filing this report, Ayade is said to be having dinner with them and would later have a closed-door meeting where issues of mutual importance would be discussed.

A government house source disclosed that after the meeting, they would address the press tomorrow on the outcome.

Speculations have been rife that Ayade may likely defect today after the meeting with governors.

Another source hinted that Ayade has confided in some of his political associates that he would not defect to APC no matter the pressure but would listen to know what they have for the state.

Ayade and some members of NASS and NWC have been engaged in a running battle over the control of party structures and the northern senatorial seat.

This has led to only to factionalisation, but to series of litigations and in-fighting within PDP for over a year running.