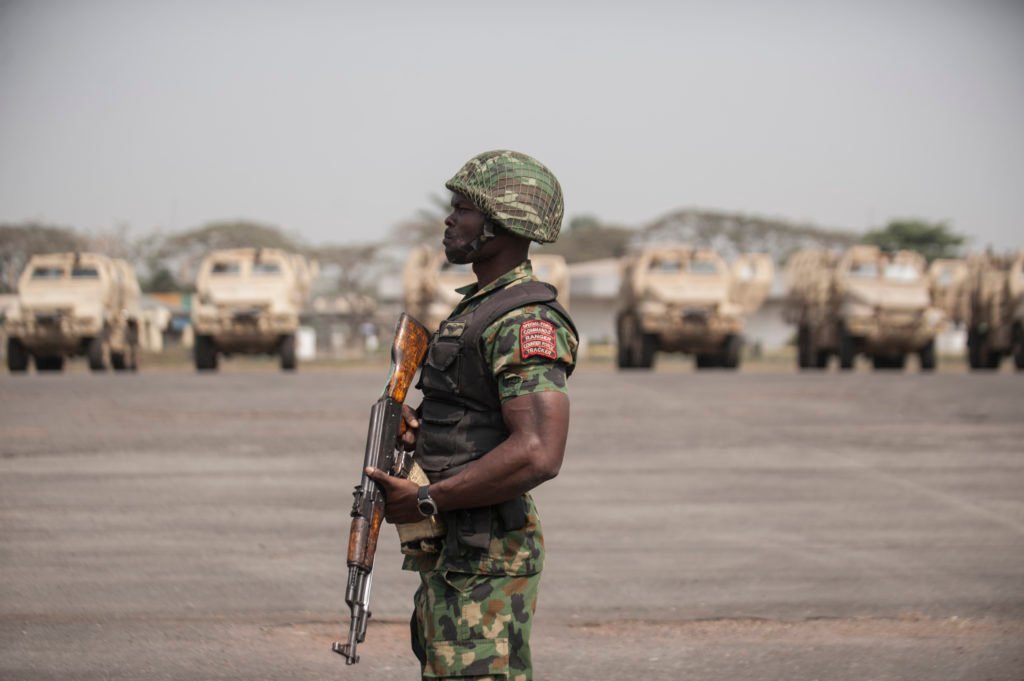 A Nigerian Soldier Was Involved In Robbery, See The Judgement That He Got

An Ekiti State High Court in Ado Ekiti has sentenced an Army officer and his accomplice who were involved in an armed robbery operation to death by hanging.

In his judgment, Justice Lekan Ogunmoye said, the prosecution has proved beyond reasonable doubt the elements of offences of conspiracy, attempted robbery and armed robbery against the defendants.

In all, the sole issue for determination is resolved in favour of the prosecution. In count two (Armed Robbery)  the first and second defendants, Olasoji Damilola and Koiki Tunde Benson is sentenced to death by hanging.

The three defendants are sentenced to life imprisonment for offences of conspiracy and attempted robbery.

According to the charge, the three defendants on 10/03/2016 conspired and attempted to rob a Filling Station along Ikere Road, Ado Ekiti, also on 15/5/2016, Olasoji Damilola, an Army Officer who was Court Marshalled and dismissed during the pendency of the case alongside Koiki Tunde Benson conspired and robbed one Oluwadare Adebayo at a Filling Station in Odo-Ado, Ado Ekiti and carted away from a sum of 1,204,750, as at the time of the robbery, they were armed with a gun and other offensive weapons.

In his testimony, the victim told the court that around 6:30 pm, the defendants came to the filling station in the pretence of buying fuel, they forced their way into the Station’s bulk room, while begging them, one of them slapped him while the other one hit him with a gun boot on the head and became unconscious. Koiki escaped with the money while Olasoji Damilola was arrested at the scene.

To proof his case, the Prosecutor Olawale Fapohunda Esq. called two witnesses and tendered wallet, two passport photographs, Army Identity card and photocopy, statements of the defendants among others as exhibits.

The defendants spoke through their counsel in their own defence and called one witness.

How We Kidnapped, Killed And Burnt 71-Year-Old Man – Suspects Confess