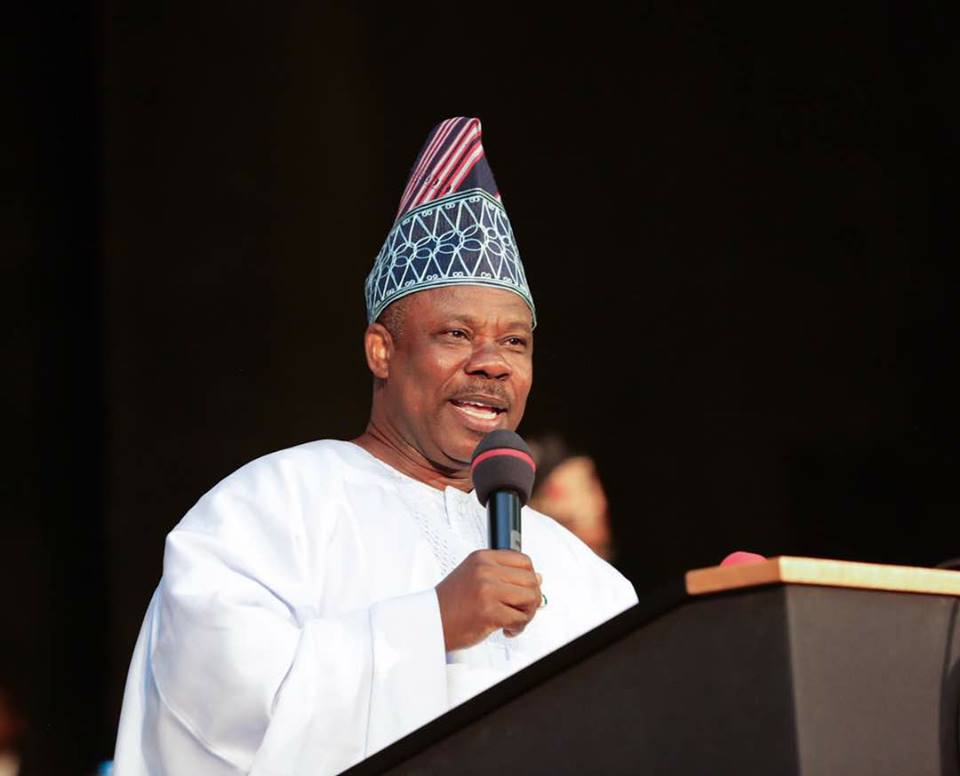 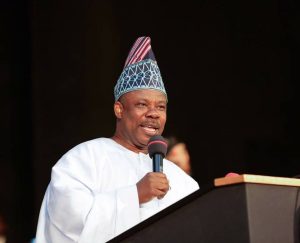 The Ogun State chapter of the All Progressives Congress (APC), has slammed the former Governor of the state, Ibikunle Amosun over his recent comment against the incumbent Governor, Dapo Abiodun.

The lawmaker representing Ogun Central Senatorial district claimed that those who helped rig Abiodun into office have apologized to him.

Reacting to the claims, APC in a statement on Saturday, called on the general public to pity and pray for Amosun stating he is currently suffering from political loneliness and amnesia.

The party noted that there is absolutely no truth in the recent statement of the lawmaker, who is still disappointed over the outcome of the 2019 election.

APC further urged the former Governor to focus on delivering the dividends of democracy and not joining issues with sore losers.

The statement reads: “The attention of our party has been drawn to a statement reportedly credited to the immediate past governor of Ogun State and the Chief Promoter of the Allied Peoples Movement, His Excellency, Senator Ibikunle Amosun.

“The quoted statement was not only an insult to the psyche of the people of Ogun State, but also a sad indication that the former governor is yet to purge himself of extreme arrogance and intolerance that were his trademarks, which earned him suspension from our party, even as a sitting governor.

“The APC, therefore, calls on the general public, and particularly our esteemed members, to pity and pray for the former governor as he obviously suffers from political amnesia, loneliness and absolute lack of touch with reality.

“There is absolute no truth in the specious utterance of the former governor who is obviously still sulking from the electoral defeat of his surrogate party in 2019.

“Our party and candidate not only won fair and square, the victory of Prince Dapo Abiodun was also attested to by his co-contestants, many of whom later joined APC and are still in APC.

“Never in the history of governorship elections in Ogun State have candidates of other parties so instantaneously congratulated and visited the Governor-elect, as it happened in the case of Governor Dapo Abiodun, whose Iperu country home hosted candidates and leaders of other parties, including late Prince Buruji Kashamu, Otunba Rotimi Paseda, Mr. Gboyega Nasiru Isiaka, and Otunba Gbenga Daniel, among others.

“It is on record that many of the then opposition figures like former Deputy Governor of Ogun State, Alhaja Salmat Badru, the deputy governorship candidate of the Peoples Democratic Party (PDP), Mr. Rueben Abati, GNI and others served in the Economic Transition Committee chaired by Mr. Tunde Lemo, which was set up by Prince Dapo Abiodun immediately after the elections.

“As provided for in a democracy, the candidate of the Allied Peoples Movement challenged the results of the election at the Governorship Election Petition Tribunal in Abeokuta and lost. His ramshackle petition was dismissed. While confirming the victory of Governor Abiodun at the Saturday, March 9, 2019 election, the tribunal led by Justice Yusuf Halilu, in its judgment, stated that: ‘This petition does not only fail, it is destined to fail, it fails and hereby dismissed.

“Not satisfied, the APM and its candidate went on appeal at the Court of Appeal, Ibadan and later at the Supreme Court where they also lost. It is remarkable that in all the petition and court cases, the judgements were unanimously passed without any dissenting voice from the Tribunal members and the judges at the Court of Appeal and Supreme Court.

“Furthermore, Amosun is still pained that despite the violence wrecked on our members, despite unfinished projects whose costs were mostly paid 100 percent upfront, despite the handover without a handover note, despite the wanton destruction of public facilities including pipe-borne water taps in Abeokuta, and notwithstanding the untoward provocations and shenanigans; Governor Abiodun remained focused and determined to leave Ogun State much better than he met it.

“While commending Governor Dapo Abiodun for his giant strides since assumption of office, we urge him to remain focused on continuous delivery of the dividends of democracy for which Ogun people elected him; and not to join issues with sore losers.”

What Tinubu Said About Daisy Danjuma As She Clocks 70