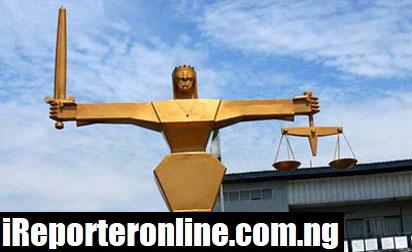 AKA’ABA RECORDS ANOTHER GIANT VICTORY AS AGBO CLAN OF ADOGWU IN AJAOKUTA LG FLOORS ABOKOR CLAN OF ONYOKUMI IN COURT.

It was jubilation galore in Adogwu, Ajaokuta Local Government Area of Kogi State following a court victory in a 7-year land case. In the judgement delivered in the High Court3 of Lokoja Judicial Division, before Her Lordship, Justice Haruna Esther, the Agbo Clan of Adogwu community in Ajaokuta LG who were defendants in the land matter won the case against the plaintiffs, Abokor people of Onyokumi from Idah LG who lives in Ajaokuta LG. 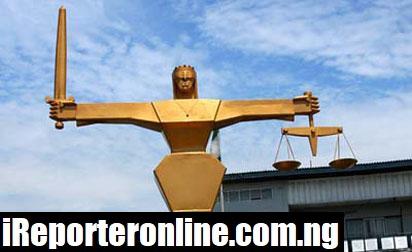 According to the judgment, Adogwu community had approached the court with huge evidence to back up their case with several witnesses confirming the claims with evidence. Justice Haruna Esther noted that “In view of the uncontradicted evidence of Agbo Clan showing their roots of title and evidence of long possession, I find that the Agbo Clan have proved their case on the balance of probabilities and so judgment is hereby entered in favour of the Agbo Clan against the Abokor people of Onyokumi.”

The Executive Chairman of Ajaokuta LG, Hon. Prince Mustapha Aliyu Aka’aba who was also present at the Court revealed that Agbo clan of Adogwu community in Ajaokuta LG has been the original owner of Onyokumi land from time immemorial before the invasion of the Abokor people all the way from Idah LG laying claim to the land. In his words, “To the best of my knowledge, Agbo Clan accommodated Abokor people who are visitors, pays homepage and royalty to the people of Adogwu in Ajaokuta LG but due to the treasures discovered in the land (lakes and ponds of fishes), they suddenly turned the owner of the land fighting the good people of Adogwu,” he added

Reacting to the Judgement, the Ohi of Ajaokuta, HRH, Alh. Musa Achuja said “we are not ignorant of the fact that while the case was in Court, the people of Abokor were not just fishing in the ponds and cashing out millions of Naira from the ponds alone, but also terrorising and killing the people. Over 21 souls have been sent to an early grave since the beginning of the legal tussle, the most recent of their atrocities was the killing of Nine (9) brothers on the 5th of February 2021. I am happy that despite the mass killing, we still have defendants that are alive to witness the victory before the court judgement.”

Hon. Al-Amin Ogejah explained that the land dispute lasted about two (2) years outside court before the plaintiffs sued them while we won the case 7 years after the legal battle. He revealed that Abokor people of Onyokumi kept planting, fishing and harvesting from the area in dispute while their Masacre on the people of Adogwu continue throughout the court case.

Assuring that everybody would be carried along but would be ready to file behind those who fought the court battle, the eldest man in Agbo clan Mall. Haruna Eshumodu appealed to the government to assist the community to ensure the judgement was executed to its logical conclusion without any infringement.

Hon. Yakubu Boyi Agbaji also added that “we have been vindicated, we have retrieved our land totally through the Court. We shall no longer concede any act of insolence and insubordination from the Abokor people and we appreciate the Honourable Justice of the High Court for bringing out the truth of the matter.”

The Counsels in the case, Barrister Uche Enwerem and Barrister Tunde Olowo attributed the legal victory to a mixture of expertise and those he described as fantastic witnesses who marshal out facts that assisted in the prosecution.

Another member of the community, Elder Shuaibu Onalo who was part of the success story regretted that many of the indigenes distanced themselves from the matter while it lasted, noting that this victory has gone to prove that indeed, the Court is the last hope of the common man. “Justice has been served and we return all thanks to God Almighty for this victory,” he added.

Amaechi Vs Abe: Another Round Of Crisis Looms In Rivers APC As Supporters Clash