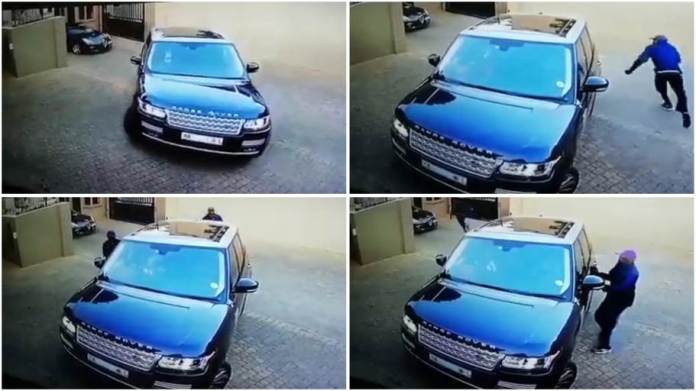 A dramatic video showing the moment some armed thugs attempted to ambush a man without knowing that he was a licensed gun holder has emerged.

The two thugs, who were armed with pistols, waylaid the man when he was going to park his posh Range Rover but their robbery mission flopped after the brave man pulled out his gun and fired at one of the thugs.

The shameless cowards were forced to run for their dear lives after discovering that the man they were targeting, hoping to rob him at gunpoint, was also armed.

Check out the video below :

Sad; Police Officers Sleeping On Duty While A Woman Is Being Rap£d (Video)