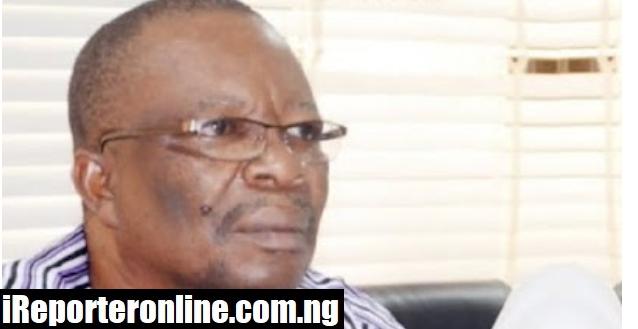 The Academic Staff Union of Universities has said the N30bn Revitalisation Fund and N22.5bn Earned Academic Allowance totalling N52.5bn released by the Federal Government is not enough to deal with the challenges facing the university system.

The ASUU President, Prof Emmanuel Osodeke, noted in an interview with PUNCH that there was a possibility that the union would still go on strike, unless the government addressed its demands, including the 2009 agreement.

The Federal Government had said it paid lecturers N30bn Revitalisation Fund and N22.5bn Earned Academic Allowance. It noted that it had made some progress in implementing the Memorandum of Understanding the government reached with the union.

Osodeke described the fund released by the government as a token payment, adding that it was not enough for lecturers to change their minds on the suspended strike.

He, therefore, asked the Federal Government to address the issues concerning the Integrated Payroll and Personnel Information System, which the union rejected and asked to be replaced with the University Transparency, Accountability Solution. He also said renegotiation and resuscitation of universities had not been addressed.

The union suspended its nine months strike on December 24, 2020 after its National Executive Council met over the understanding the union had with the Federal Government. The union commenced the strike over the non-payment of salaries of its members who failed to enroll into the Integrated Payroll and Personnel information system and some other agreements the union had with the government.

The union gave deadlines and threatened that it would not hesitate to withdraw its services if the government reneged on its promises. The then President of ASUU, Prof Biodun Ogunyemi, said, “What we have done is to give the government the benefit of doubt and that is why we have added the caveat. Should the government renege, our members are not tired of withdrawing their services.”

The suspended strike began in March over the non-payment of salaries of ASUU members who failed to enrol into the Federal Government’s IPPIS, a payroll software mandated for all public officials and some unmet agreements between ASUU and successive administrations. The union embarked on different strike actions since the agreement was signed in 2009.

“This is what our political class is doing. They believe that once they throw a little money, everybody will run back. That is the problem. So, it is not about the token they have given. There are more fundamental issues.”

Osodeke stated that the planned strike in the new year was a possibility, adding that the union decided to shelve the strike earlier because the Nigeria Inter-Religious Council intervened and promised to prevail on the Federal Government to implement the agreement.

He added, “Our going on strike is a possibility. The only reason we relaxed is because a group, Nigeria Inter-Religious Council, intervened. We respect the group so much. The group told us they would intervene and they would ensure that the government implements our agreement. That is why we agreed to the benefit of the Federal Government.

“So, we decided we will give the Federal Government till the end of this year (2021) and see what it will do. Other groups also intervened. That explained why we relaxed going on strike, so that they will not say ASUU likes going on strike.

“The Federal Government should do the needful by embracing the agreement to prevent ASUU from going on strike. Nigeria as a whole will suffer the brunt of ASUU going on strike.”

But the Minister of State for Education, Chukwuemeka Nwajiuba, said there was no justification for another strike by ASUU, adding that the Federal Government had addressed the issues raised by the union.

He, however, explained that it might not be possible to stop any group that had made up its mind to embark on strike.

“Our objective is to train Nigerian children. That is the whole essence of the entire education spending. So, anything that you are in that is not in pursuant of that goal, you are losing means. The fact that you want to go on strike because there is a form of payment which is not accepted, you can decide you want to do that, nobody can beat you for doing that.

The minister said ASUU understood the implication of its actions and the impact on the education system. He added, “The only reason we asked them to come and lecture is to deliver content for the children.

“They said you didn’t pay them; you paid them, they say it is not enough. You pay them the one they say is NEEDS assessment, they have not even finished utilising the last one, they said you must bring another one. We said okay, we agreed. They said send money for earned allowance, we sent it.

“Anything they say, we have done. But they say they don’t like the way we are doing it. So, are you going to beat somebody who does that.”

On what the Federal Government planned to do if the union goes on strike, the minister said there was no Plan B since there was no possibility of hiring lecturers from the moon.

He said, “If they go on strike, there is no Plan B. We are not going to recruit lecturers from the moon. There is no need for a strike. Nobody can tell me that a strike is needed for anything. If you don’t want to teach, say so, and not that you want to go on strike. For what? There is no basis for any strike in Nigeria.”