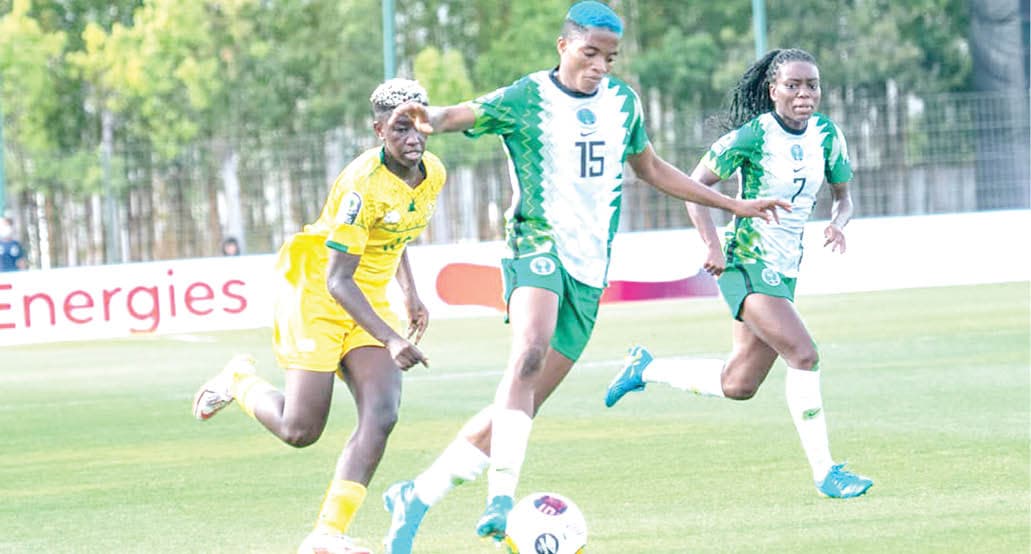 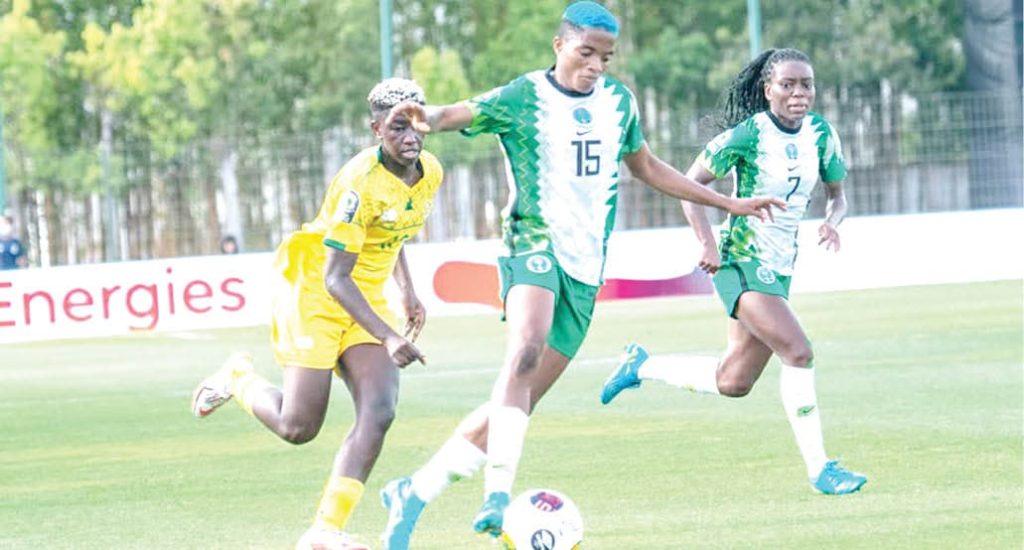 The Super Falcons’ dream of a tenth continental title began with a 2-1 loss to perennial rival, South Africa, in their opening match in the 2022 Africa Women’s Cup of Nations Group C Monday.

At Stade Moulay Hassan in Nigeria, Jermaine Seoposenwe and Hildah Magaia each scored twice in the second half to help the Cosafa giants defeat the Super Falcons, who scored a late consolation goal through Rasheedat Ajibade.

South Africa dominated the opening exchanges, winning many corner kicks that the Super Falcons easily cleared away. The Nigerians were also able to restrict the lively Kgatlana and her striking partner Jermaine Seoposenwe, who was looking to make late runs into the opposition’s box.

The nine-time African champions also tried to throw through balls for Oshoala, but Noko Matlou and her defence did a good job of intercepting passes from midfield and stopping the dangerous Nigerian attacker.

As halftime drew near, the two teams played each other out in the middle of the field. Neither goalkeeper was severely put to the test, and the result in Rabat at the break was 0-0.

After the restart, the Super Falcons launched a relentless attack, but they exposed flaws in their defence, which allowed their opponents to take advantage of them. Bayana’s first effort on goal came in the 63rd minute when Noxolo Cesane sprinted onto a long ball and set up Seoposenwe, who beat Tochukwu Oluehi from close range to give South Africa a 1-0 lead.

To the dismay of coach Randy Waldrum and his technical staff, South Africa extended its advantage in the 65th minute when Jane produced a superb defence-splitting pass for Magaia, who made no mistakes as she shot past a rushing Oluehi to make it 2-0 to Banyana.

After Francisca Ordega and Uchenna Kanu replaced Asisat Oshoala and Ifeoma Onumonu, respectively, the Super Falcons appeared revitalised. After outstanding work and a pass from the captain, Onome Ebi, Rasheedat Ajibade cut the deficit in half two minutes into the extra time.

The win saw South Africa get to a winning start at the continental tournament and they will face Burundi on Thursday, while Nigeria will be determined to return to winning ways when they take on Botswana on the same day.