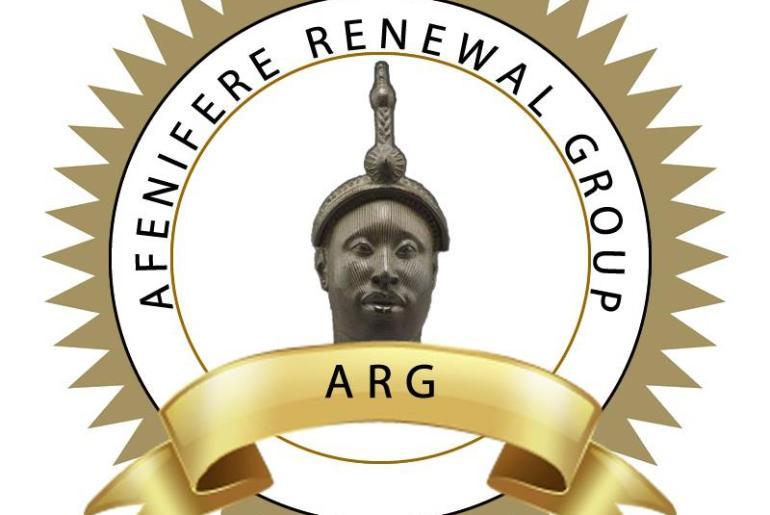 Apex Yoruba sociopolitical group, Afenifere, has berated President Muhammadu Buhari over the comments he made during his interview with Arise TV, noting that the president only takes delight in ridiculing Igbo people, and is un-presidential in his utterances.

Afenifere in a statement by its Secretary General, Chief Sola Ebiseni, pointed out that Buhari now regards every Igbo person as IPOB, which according to it, is very unbecoming of a president.

”The President takes delight in ridiculing the Ndigbo which he used IPOB to represent,” the statement said.

“Thus, to him, the Igbo and their territory is just a dot in a circle of the map of Nigeria, which even if the secede could exit to nowhere since the elders and youths of the South-South had assured him of not being part of the secessionist agenda.

“He couldn’t have been reacting to the IPOB but the Igbo who he said had businesses everywhere.

“His utterances were very unpresidential and in the mode of common expressions with some unidentifiable northern organisations.

Afenifere described the president as a tribalist who holds the rest of Nigeria in contempt, noting that his interview is full of of lies and inconsistencies.

“First, his arranged interview on Arise Television is not a substitute for the clamour of Nigerians that the President, as the father of the Federation, should speak to Nigerians in this critical times.

“Secondly, his engagement was full of lies, inconsistencies, contradictions and utter disrespect for the ethnic nationalities including their elected governors.

“He is pathetically unschooled in the constitution which he often claims to guide him in spite of its manifest flaws.

“Specifically, Section 217 (3) provides that the composition of the officer corps and other ranks of the armed forces of the federation shall reflect the Federal character of Nigeria.

“In Section 219, all the powers given the President including the appointment of Service Chiefs, is subject to the Act of the National Assembly ensuring the reflection of the Federal character.

”Even his latest appointment of the Chief of Army Staff, is flawed, particularly on seniority. The constitution never contemplates nor approve of the situation under Buhari where 90% of the commanding heights of the armed forces and security architecture will be from only northern Nigeria and only the two zones of North East and North West.

”In any case, anyone familiar with the history of Buhari leadership will appreciate that he is the only Nigerian leader, even among military Heads of state, whose government, himself, second in command as Chief of staff Supreme headquarters (Idiagbon) and top echelon were all northerners. It was after his death that many Nigerians knew Idiagbon was Fulani of Ilorin.

On the governors, the group said that ”the President owned up to the statements of Garba Shehu, his most uninformed spokesman, that the ban on open grazing by the Governors was illegal and he could not make a new statement that would contradict him.

“He is delighted that Governors are Chief Security Officers without any security powers, yet he asked two of the South West Governors to exercise non-existent power to deal with terrorist herdsmen who he acknowledged bear arms, even as foreigners, against Nigerian citizens.

“It is pitiful that our President has no solution rather than the braggadocio of re-opening grazing routes in states by repossessing such lands for his beloved herdsmen.

”Let the President be told that the Yoruba people are solidly behind our Governors that not an inch of land in our territory will be carved out for any grazing reserves or cattle Colony.”