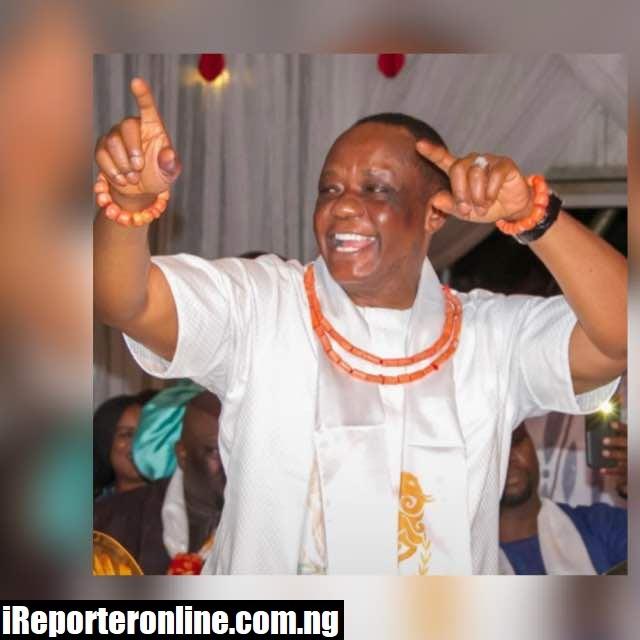 Since the news broke out that the great iroko that provided its thick canopies as shield for the poor and weak had fallen in faraway London, the public space has continued to re-echo ululating anguish. The elite class who once lost their sense of criticality suddenly resorted to writing gaudy tinsel of rhetorics as tribute. A feeling of loss and of being left desolate and forlorn has enveloped Edo State, particularly Edoland (Oto-Edo) and the mournful mood will remain for some time.

As an empire or dynasty cannot continue forever, life cannot continue forever! Life is indeed, more fragile, more ephemeral and far more beyond the ability of man to prolong! Yet, when a man builds his statutes in good deeds, he never dies. He feigns death and endures his mournful funeral. And then, he appears in his statutes, his legacies and his good work. He remains visible to the eyes, the mind and conscience of the pure hearted, never to be seen by men whose minds have been twisted by envy, hatred and wickedness – the avatars of evil.
Captain Hosa Okunbor is not dead. He alive!

I count myself so fortunate to have had the honor and privilege to come reasonably close to an authentic legend of Edo extraction – Captain Idahosa Wells Okunbo, whom many fondly called Cappi. I called him Daddy. That was the least a thorough bred from my culture would do, given the avuncular role he voluntarily and effortlessly played in my life within the relatively short period of my relationship with him.

My first close contact with Cappi was in faraway Moscow-Russia sometime in 2018 where we engaged high powered representatives of the commonwealth of Independent States in a transnational convention. I was invited to deliver a paper on the importance of the silk road to Africa development; Nigeria being the center piece. Cappi was there. He watched me as I delivered on that assignment on that day in the month of August. He hid not his admiration as I concluded the delivery. In his words, “Washington, I am proud of you ”
By me, it was inconceivable that again, one year after, in the month of September 2019, particularly on the 20th day, I was invited to Geneva-Switzerland where i had the singular privilege and honour of standing on the same podium with him to receive prestigious awards conferred on us separately by international organisations.
At the close of that event, Cappi personally hosted me and told me how proud he was of my chosen endeavours. He mirrored me in great delight. Of everything he shared with me that evening, the admonition by him, to always be a willing tool in God’s hands for the advancement and uplifting of others, to me is the king. This I shall forever hold sacred.

The Greek philosopher Epictetus said, “There is only one way to happiness, and that is to cease worrying about things which are beyond the power of our will.” Cappi must have completely subscribed to the philosophy. His, was a life well lived without worries. He lived it in full. Not a second was lost to him. His neighbors, meaning members of the society, far and near, were integral to his life. Thus, Cappi’s life is a profound gift to the society!

I have only been here among the living in excess of four decades. That, in my judgement puts me in good stead to understand much about the ways of men. Without being immodest, I have also reasonably transverse the world of books and therein, are hidden much more of the uncanny ways of men. From my cumulative experience, I make bold to declare that the character of Captain Hosa Okunbo is towering and shoulders above men of his generation! Character is the building block that makes a man a dwarf or a towering edifice in the World! Thus, men that were suddenly thrown up to high positions of authority and deficit in character are bound to suffer ignominious and shattering falls!

Two great Greek philosophers, Plato and Aristotle, intellectually fletcherized on the subject of character extensively and concluded that the educational system must aim at character building, in order to produce good and virtuous citizens, who will demonstrate accurate judgement, honor and good nature. They sought to produce an ideal kind of man who will deliver the best to the society. It would appear that Plato and Aristotle actually had the persona of Captain Hosa Okunbo in mind at the time! He encapsulated every nuance of the philosophers idealistic imaginations. I thank God that Cappi was not Greek. He was a thoroughbred Edo man, Ovbie Edo Kpataki, Ovbie Eseserese!, bathed with our unique red-sand and socialized in Edo culture and traditions. He braved the challenges thrown at him by life with fortitude and equanimity, confronted vicissitudes headlong and conquered all impediments on his pathway to success. He did not just succeed, he soared like the eagle into unimaginable heights. His investment choices eloquently testify to his capacity to take risk. The more calculated risk you take in business, the more you launch into the deep waters. Thus, he furrowed pathways into uncharted and relatively new business territories in the air, land and water! His efforts paid off handsomely from all flanks!

Captain Hosa Okunbo was ever conscious of the unstoppable wheel of time and history, and sought to be on the right side of the verdict of history. He refused to allow the awkwardness of social interaction and the history betrayals to deter him from embracing friends and foes. He leveraged on the Edo heritage of communal spirit to reach out to the rich and poor! They thronged his residence seeking financial support and assistance and effortlessly displayed love and empathy towards all.

Cappi loved his Edo origin. He loved Edo culture and was proud of the monarchy. He was an irredentist of a sort! Indeed, his love of Edo culture and tradition interrogates the shackled colonial mentality of some of his peers who though raised in Benin City cannot even speak Edo language fluently. Some are so miseducated and disorientated that they mistake alienation from the values, culture and traditions of their as civilization or elitism. Such men lose cultural identity and end up becoming silhouetted images or mere caricatures! Yes, Cappi was firmly entrenched and embedded in the humanity and avuncular spirit of Edo worldview which he found enriching and inspiring. He was our silvering moon that beamed love to all in acts of philanthropy ; traders, artisans, farmers and even the elites. But how did Edo people respond to these unusual gestures of altruism? Deceit is an evil weapon indeed!

Cappi exhibited extreme humility in success, absolute self control in wealth and discipline in pleasure! Men like Cappi can never die. He sloughed off his earthly body and his spirit has taken to the sky! He lives every day and forever!