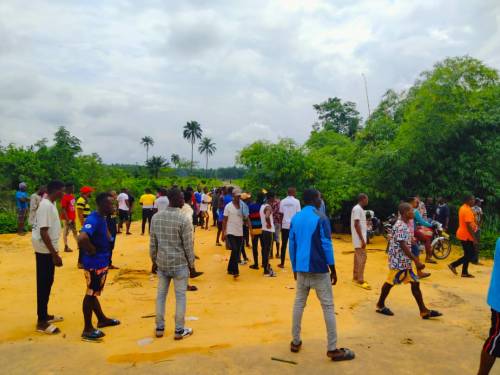 The mass protest which disrupted economic and official activities Wednesday caused gridlock in the ever-busy expressway making travellers stranded while commuters made diversions through other routes.

The youths accused the Managing Director of DESOPADEC, Askia Ogieh, of highhandedness and greed as well as creating division among the youths in Isoko nation by only patronising a faction of the youth.

The angry youths armed with placards with different inscriptions such as “Okowa Tell Askia To Respect IDU youth wing, “Askia Give What Is Due To IDU Youth Wing, “Askia DESOPADEC Is Not Your Personal Estate, ” Okowa Call Askia To Order.” among others.

Speaking with SaharaReporters, one of the protesting youths who simply identified himself as Omohowo, said the protest is connected to the way and manner the managing director of DESOPADEC, Askia is running the commission.

“Especially, the N50 million due to the IDU youth wing, Askia’s selfish and greed towards the IDU youth wing by creating division among the youth in Isoko land. Askia is running the commission as his personal estate and amassing illicit wealth to prosecute his 2023 governorship ambition. 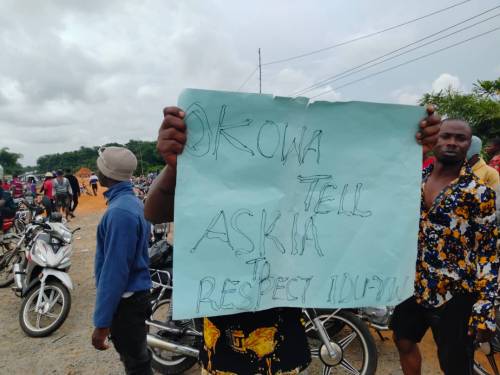 “Askia has refused to release the N50 million due the IDU youth wing. We are supposed to getting this money, N10 million monthly and its tagged social security fund. Out of this money his son, takes over N2 million for doing nothing, few selected individuals in the good book of Askia also take from this money at the end, only N3 million is left for the youth. And Askimla has decided to sideline us to be releasing this meagre N3 million to another faction of youth in Isoko who are loyal to him.”

Ede said, “The N10 million monthly social security fund for five months, January-May, which amounts to N50 million due youths of Isoko ethnic nationality that is held by DESOPADEC should be released to the IDU youth wing, the social-cultural umbrella body covering Isoko youth nationwide without any further delay.

“Furthermore, the actions of the leadership and management of DESOPADEC and the total disregard for the Isoko people, IDU and traditional institutions are such that we will no longer tolerate.

The Isoko people have suffered unhealthy implication of air pollution associated with gas flaring, hence Heritage and Agip companies should commence the immediate establishment of gas turbines in Isoko land to stop gas flaring in our locality.

“We demand with immediate effect that they commence mass employment of Isoko youths and awarding of contracts to indigenous contractors with reputation and also ensure full implementation of the GMoU.

“All contractors handling abandoned projects in Isoko land should return to sites for immediate completion of such projects and that the office of the majority leader, Delta State House of Assembly should remain in Isoko nation as it will strengthen the bond between the state government and Isoko ethnic nationality and also give a sense of belonging to Isoko nation. 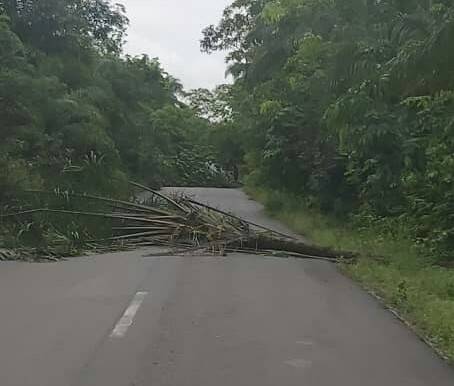 “The youths would commence lockdown and closedown of all oil activities and facilities in Isoko land if our demands are not addressed,” Ede stated.

Oga At The Top: Tinubu Becomes Subject Of Study As Ministry Of Finance, 36 States Struggle To Brace Up Internally Generated Revenue