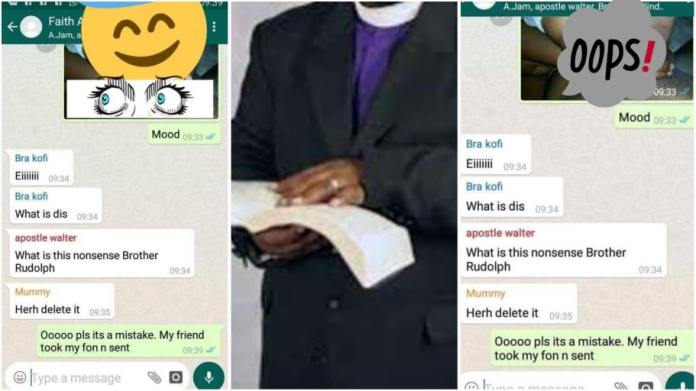 In the WhatsApp chat sighted by the source, a young man identified as Brother Rudolf expressing her mood for a BJ shared the content in the church’s group.

Apostle Walter furiously commented on the photo and asked Brother Rudolf what kind of nonsense was that.

A contact stored on the phone as Mummy
which we believe it was the pastor’s wife quickly told Brother Rudolf to delete the photo.

Rudolf explaining himself for the misfortune said his friend took the phone and sent the said photo in the church’s group.