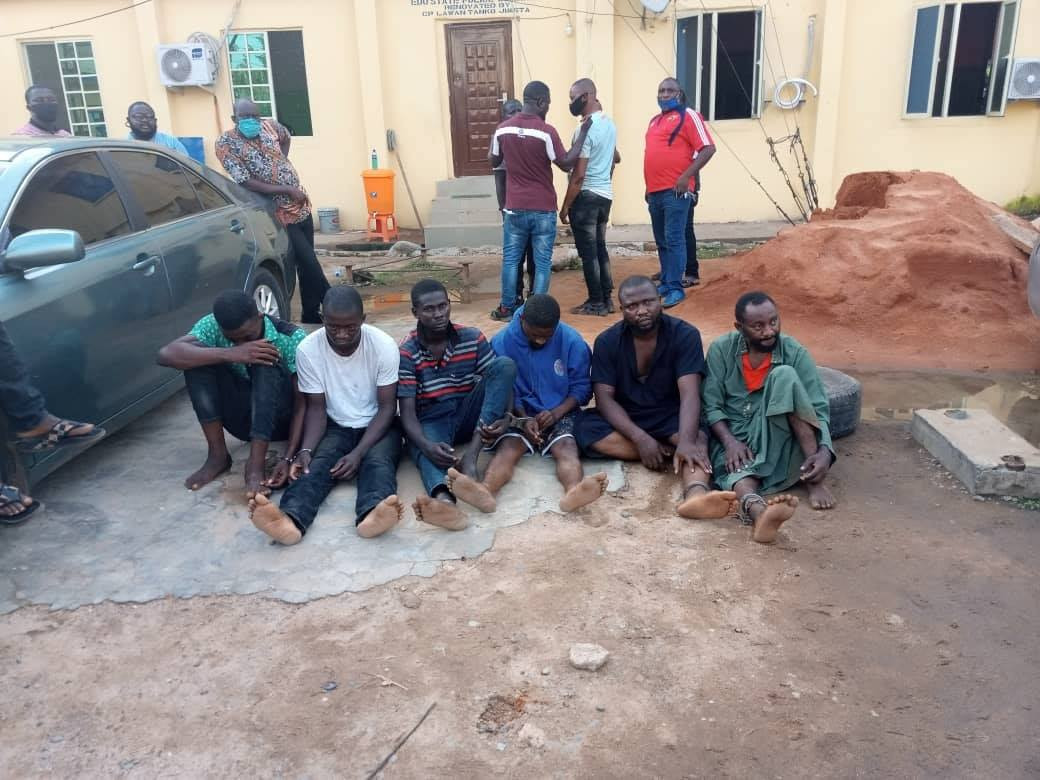 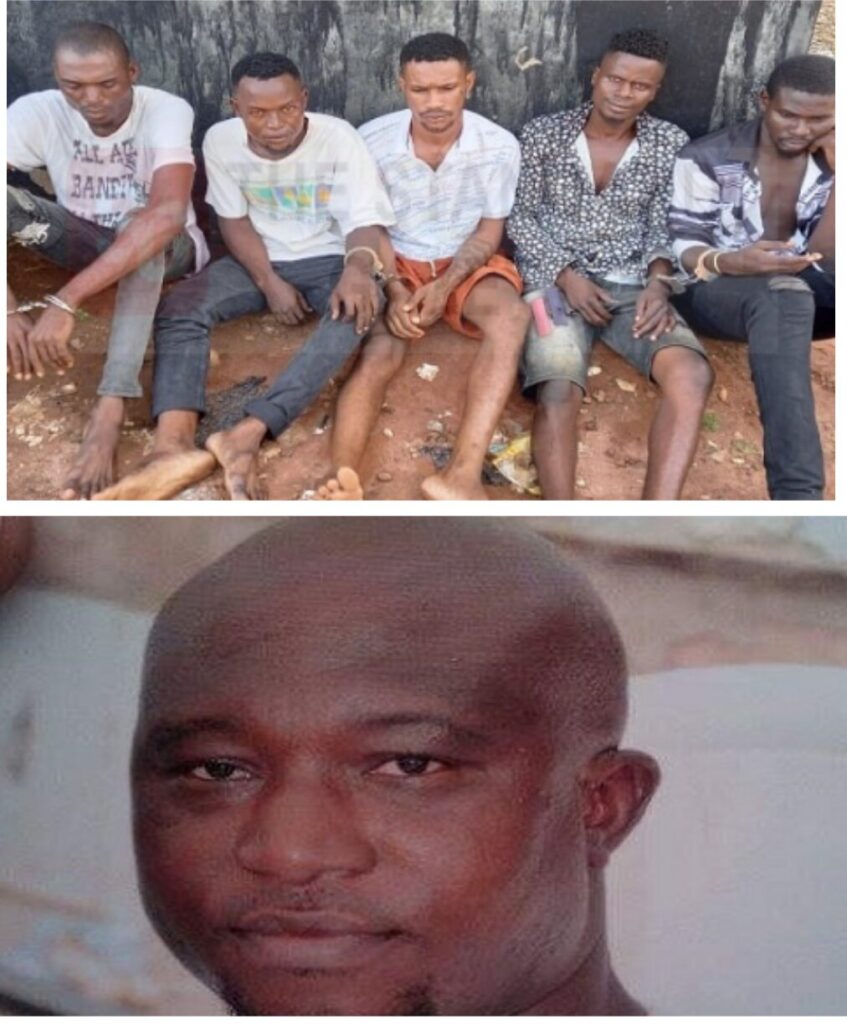 Iyoha, a 41-year-old father of four was kidnapped on May 9, 2020, beaten to death and buried in a shallow grave around Aduwawa in Benin City. His decomposing body was exhumed by the police on Tuesday, June 2020.

One of the suspects, Valentine Dibie, alongside four others, Osasu Osadolor Afro, Emmanuel David, Uwadia Taiwo Uhumwagho and Saturday Imagbe were previously arrested in October 2020 for the murder of the lawyer.

The accused persons were remanded in prison custody awaiting court trial but they escaped during Benin’s October 2020 prison break.

Valentine Dibie was rearrested few days ago after officers on patrol spotted him at the Benin Bypass while the four others were arrested later. 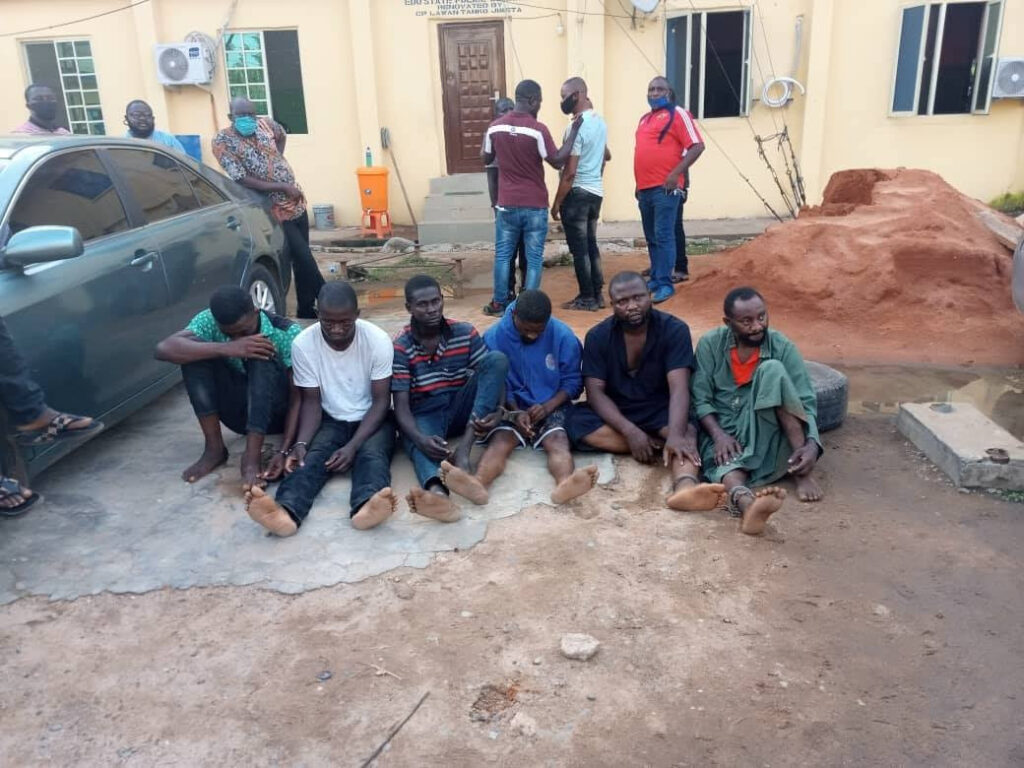 It was gathered that the late lawyer was drinking at his usual spot, celebrating one of his friends birthday in Evbuomodu in Benin when he attempted to settle a dispute peace between Osasu Osadolor, the son of a high Chief Nosakhare Osadolor, and another fellow.

Angered, Osasu mobilized his friends, numbering over ten persons, to the scene where they met Iyoha, beat him to stupor before they forcefully took him away in a Lexus Jeep and was not seen for two weeks.

An eyewitness said that after the lawyer was beaten to a pulp with cutlass and wood, he was taken into their vehicle, and carried away in the full glare of everyone still at the Bar.

His friends, who were on the ground, chased after the car with their car, hoping to find out where they were taking him.

However, on their way, the boys brandished their guns at them, scaring them off the road… Unable to tail them any further, they decided to report the matter immediately to the Aduwawa police division.

“After explaining everything to the DPO. He put a call to Osazuwa’s father, who showed up at the station after a while. He confirmed to the DPO that his children, led by one Osazuwa, indeed abducted our friend, but he also told the DPO after placing a call to his son, that Iyoha had been let go since 7 pm. This was at about 7:30 pm that same day.” the witness narrated.

“On the strength of that, the DPO allowed the father go, and he sent one of his officers to accompany the lawyer’s friends to his house to ascertain if he has come home. When they got to his place, they only met his wife and children at home. They asked his wife about his whereabouts, she was shocked, stating that she thought her husband was still with them (his friends).

“That was the first time that she realized that something was wrong. They waited until the next morning. Still, Iyoha had not shown up at home. Then they went back to the Aduwawa station in the company of his wife.”

Nine days after the incident, the police arrested Osasu Osadolor and other members of his gang including one Valentine Ditaken.

The gang took the police investigative team and journalists to the shallow grave where they buried the body of the lawyer. His remains were exhumed by pathologists from the Central Hospital Benin City and taken to the same hospital mortuary for autopsy.

In his first open confession to the incident, Valentine narrated to Standard Gazette how the late lawyer was killed.

“I was at Aduwawa when Osasu Osadolor called me to meet him at Evbomodu that someone is embarrassing him. He then asked us to move the guy away where he ordered everyone to beat him. We used wood and other hard iron to beat him until he fainted,” he narrated.

“I left and went home. I later saw on television that the man has died. I was among those arrested and was taken to prison. But when I suddenly saw the prison gate opened on 19 October 2020 and I just had to escape. I went to Ghana, and I came back a few months ago. I was the one that took the police to arrest other persons here with me now,”

Another suspect, Solomon Onobun, said: “I was passing by when l saw Osasu beating a man who was already on the floor. I heard him say we should enter him, but l felt so sorry for the late man. I never knew he will die”

Spokesperson of the command, SP Bello Kontongs who confirmed the latest arrest assured that those who escaped prison custody will be arrested soon.

”Our policemen have been looking for those who killed the lawyer. We are happy that some of them have now been arrested. I can assure you that those who escaped from prison custody and are still at large would be arrested soon.” he stated.

Sad As Family kills, Buries Son For Being Stubborn