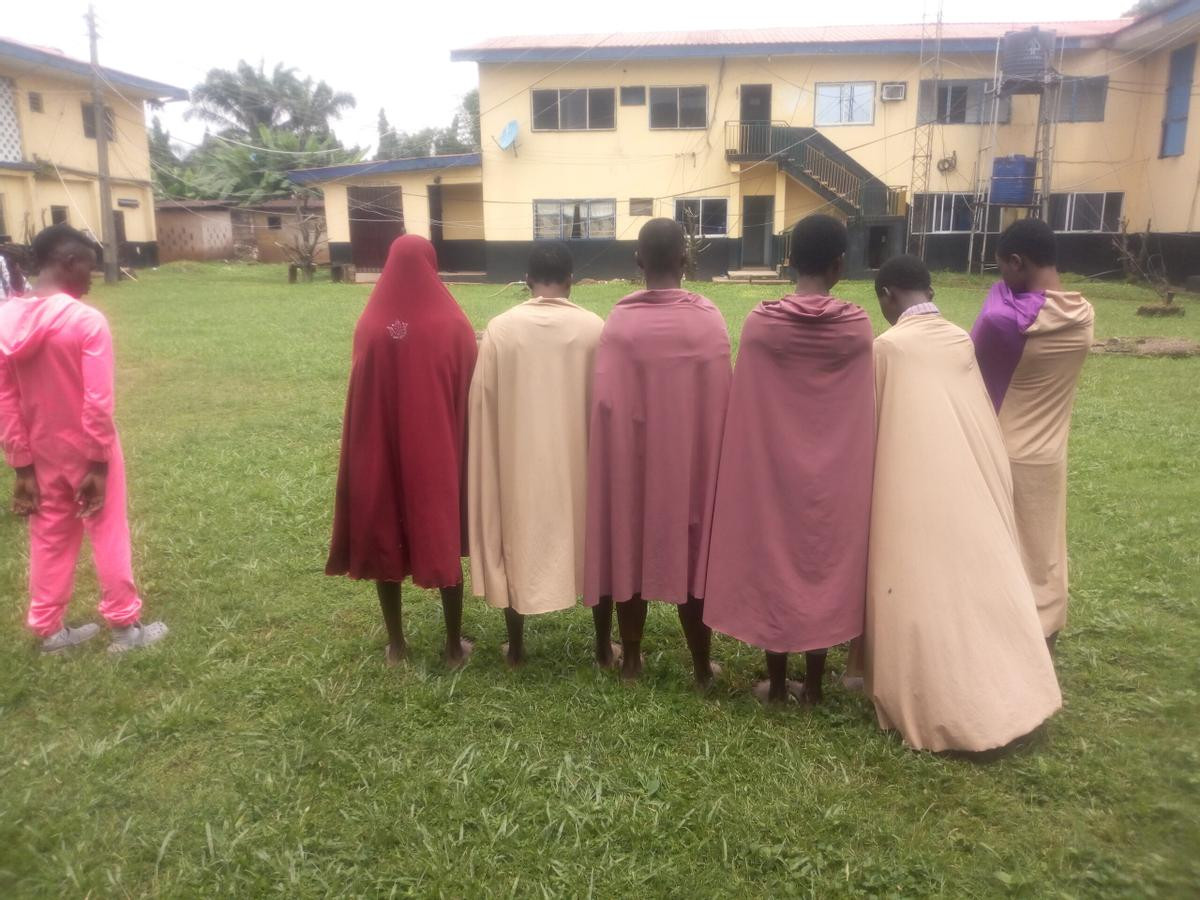 Six girls and a man who were allegedly being trafficked to Cote d’ Ivoire and Libya have been rescued by policemen attached to Edo police command. 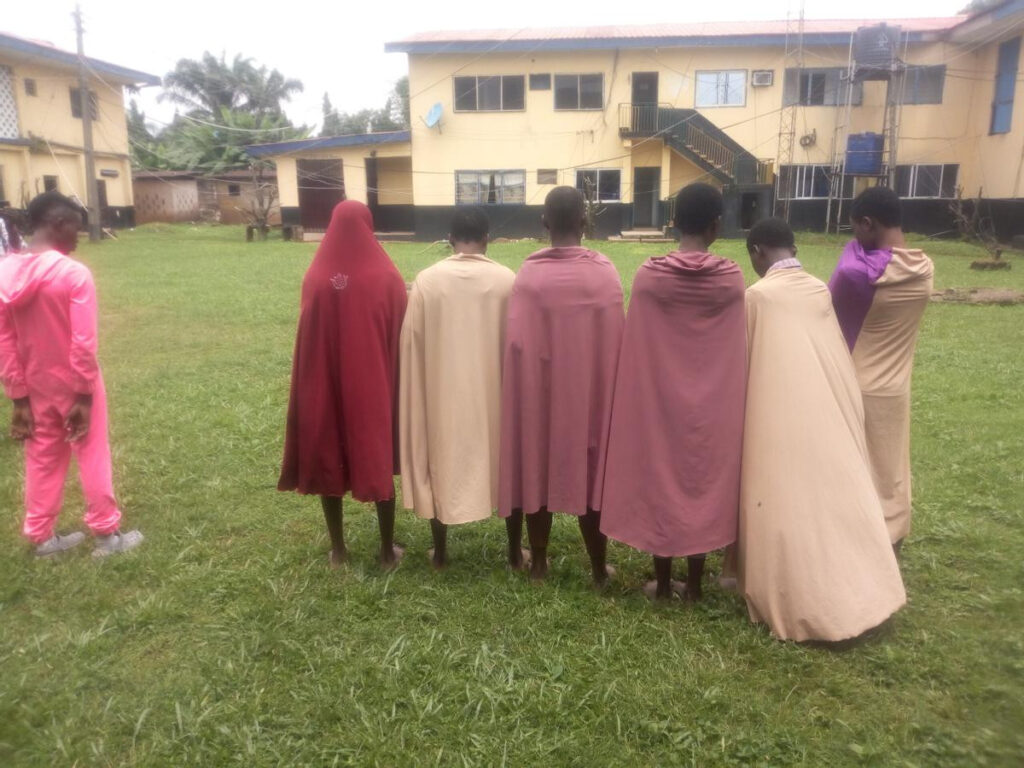 The victims identified as Innocent Godfrey (male) 20, Success Okogbowa 17, Gift Osabuohien 18, Endurance Edigho 18, Gift Edigho, 17, Oghayero 19 and Happiness Oliver 16 are said to be from Delta, Edo and Enugu states, but all residents of Edo State.

The girls were disguised as Hijab-wearing Muslims, and they were intercepted by the police at Isihor police checkpoint, Benin City on the Benin-Lagos road.

The State police commissioner, Philip Aliyu Ogbadu said the police were able to intercept the victims following an intelligence report and have handed them over to the National Agency for the Prohibition of Traffick in Person (NAPTIP) for rehabilitation.

“They are minors, six girls and one boy. On interrogation, we found out they were being trafficked to Cote d’ Ivoire by one Godfrey.

“It is a case of trafficking. They would be handed over to the National Agency for the Prohibition of Traffick in Person (NAPTIP) for rehabilitation.”

Narrating his ordeal, Innocent Godfrey said his journey was arranged by his sister for someone in Libya.

“I am not the one conveying them. I am going to Libya while they are going to Cote d’ Ivoire. We were arrested at the checkpoint in Isihor.

One of the girls, Endurance Edigho told newsmen that she and others were recruited by Godfrey’s sister at a birthday party of one of their friends.

“She asked if I would like to travel out and that the work that is available is cleaner, house-help and prostitution. I told him I will do house-help work and she then asked me to join them.

“We went to the person that takes us on the journey and stayed there for three days.

“We were arrested on Thursday at a police checkpoint. While searching our vehicle, they found Indian hemp on one of the boys in the vehicle and took us to the police station.”