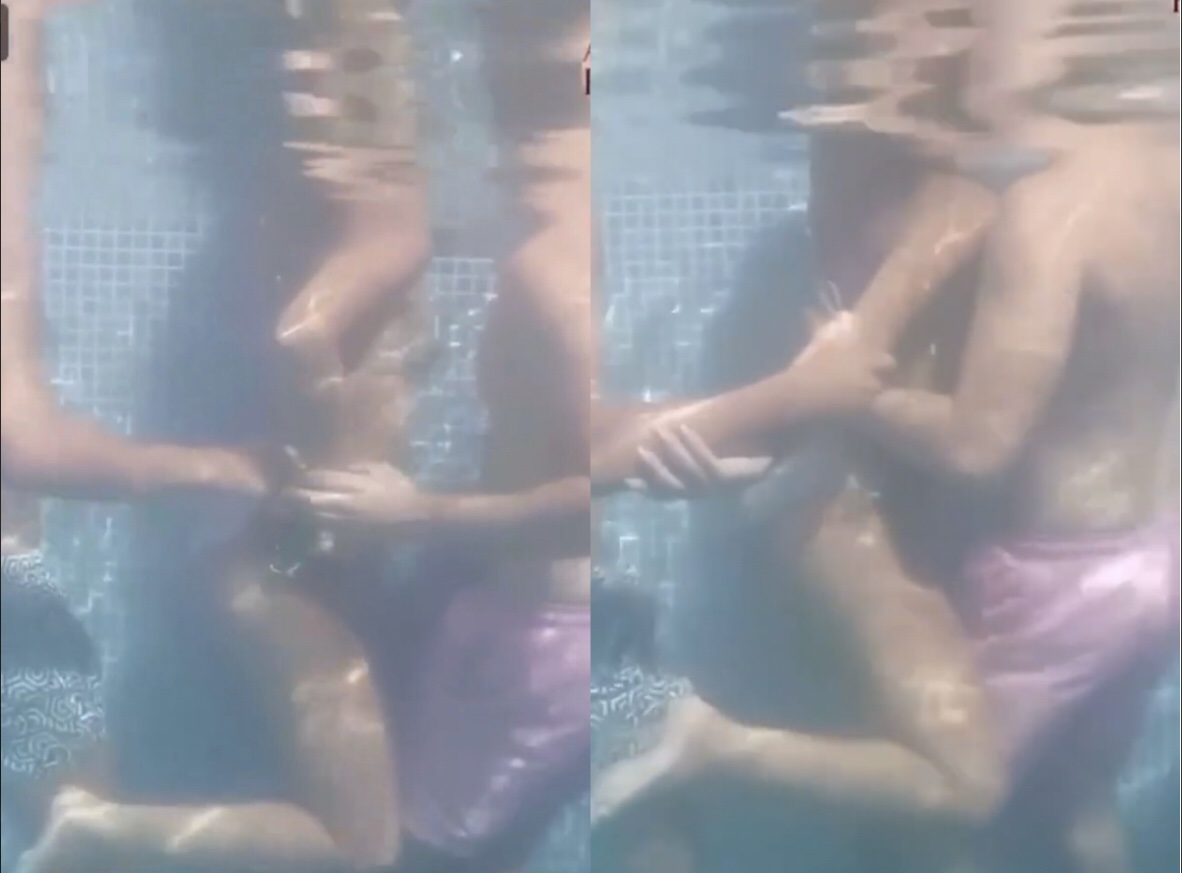 There is a popular saying that goes “fear women” but in a normal sense, I think is good to fear both women and men because they can both break your heart. 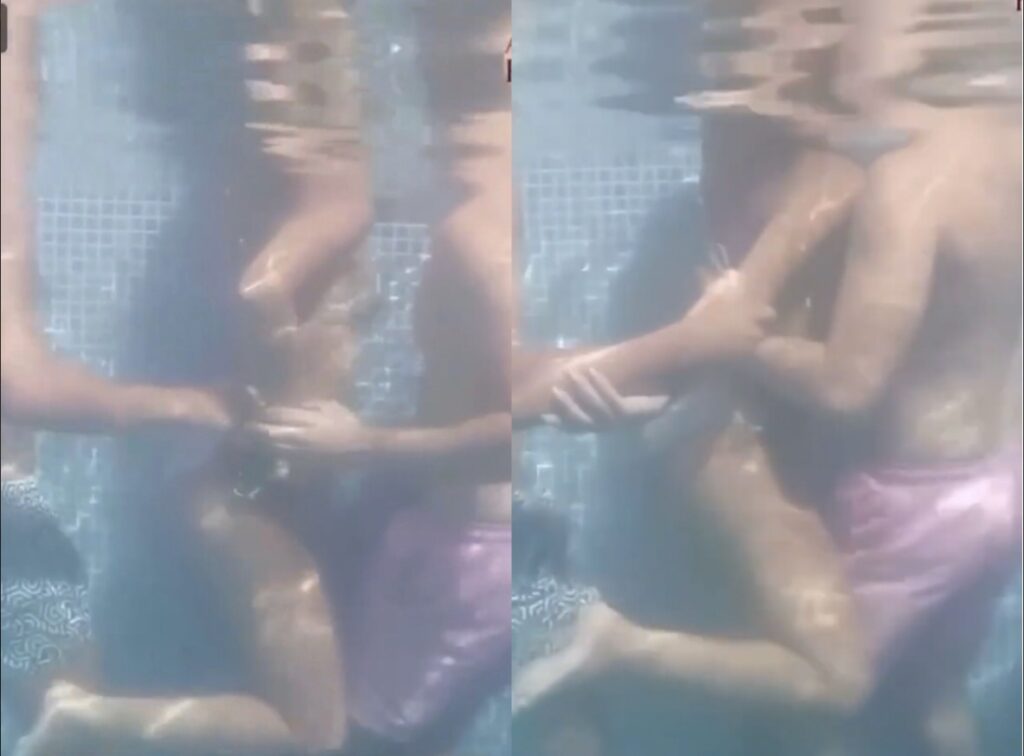 In a viral video that has surfaced online, a supposed couple was having a good time in a pool but without the knowledge of the boyfriend, a certain guy was also having a share of his girl under the pool.

His woman was really feeling it when the guy behind her was using his hands to smooch his tighs under the pool but because she loved it she never made an attempt of removing his hands.

Eventually, his boyfriend caught her which made him leave them in the pool. The lady was seen following him to beg.