The cat and rat struggle between Obaseki and the Edo state PDP is not ready to abate anytime soon as Governor Godwin Obaseki has dragged elected PDP chairmen to court to restrain them from participating in the forth coming PDP National Convention…..

See their cries below …

“EDO STATE self acclaim leader of Party has moved huge sum of money from security votes to procure a restraining order to stop duly elected PDP chairmen from going to the National convention. He claimed the monthly allowance he was paying to them prior to the 2020 election should be taken as reward for political appointment. 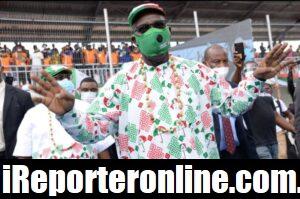 We’re aware that non of the people he is seeking and shopping a judicial order against have any business to do with him, and we’re also aware that:

1. They never applied for government appointment and did not accept any offer.
2.Monthly stipend for running party affairs was also duplicated to former APC chairmen.
As a reminder therefore, be it known to him, his gang, cronies and urchins that,

3. We are in court already over anybody removing us until the end of our tenure.
(Elected party officers, have spoken in simple and clear terms).

Our sincere advice is that Edo state Govt money is for development of the state and not for judicial procurement of restraining order.”

Well you can make judgement for yourself as regards the ongoing crisis rocking the PDP in Edo State.

“We All Went Round The 192 Wards In Edo To Sell You To Voters Only For You To …….” – PDP Elders Makes Revelation About Obaseki