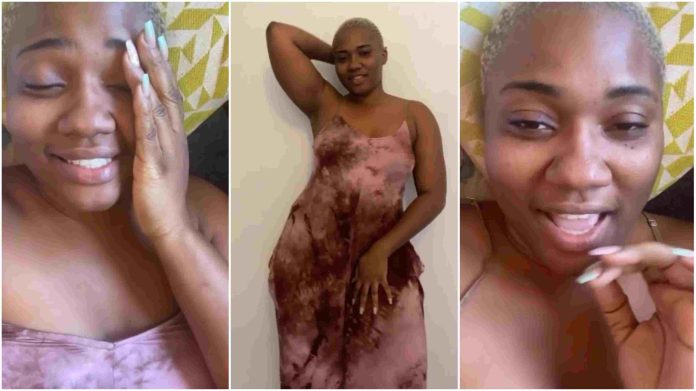 Former TV presenter Abena Kokor Addo has taken to social media to shower praises on a guy who took her to cloud 9 and gave her 0rg*-sms she’s never experienced before.

In her live video on Instagram on Friday, June 4, 2021, Abena Korkor talked about her b3droom encounters with men.

As previously reported by the source, the young lady listed a number of prominent men she has been intimate.

In the video, the former TV3 presenter mentioned the likes of KOD, Kojo Yankson, Sammi Awuku, Lexis Bill, among many other names.

For Lexis Bill, Abena Korkor even went further to rate his performance in b£d and according to her, ‘he’s not so good in b£d.

Abena Korkor in a video let her fans who thought she was h¡gh on dru-gs know that she isn’t h¡gh but rather, her source of happiness is from her b0uts with a guy last night.

This dude gave her ‘heavenly 0rg*sms’ and she showered praises on him for doing what Giovani Caleb, Lexis Bill, Eugene Nkansah and others couldn’t do.