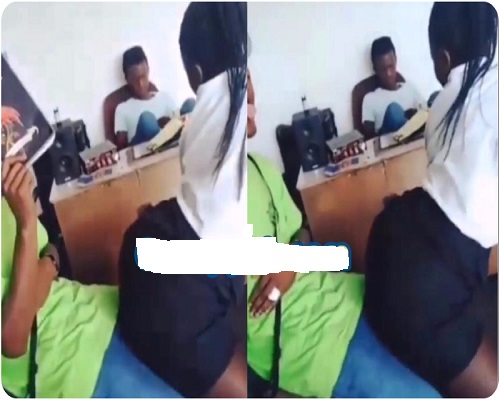 A Senior Girls Prefect has been filmed grinding her boyfriend in the absence of their headmaster who went out to meet someone.

Per the viral video available to the source, the prefect who schools in one of the prestigious schools in South Africa completed the school recently.

In the said video, it was disclosed that the Girls Prefect is in charge of cleaning the Principal’s office every morning before he comes to school.

Irrespective of her post and that of the Principal’s office, she once went there together with her boyfriend on campus to do something unpleasant.

She was filmed while giving her boyfriend a lap dance as he was sitting down.