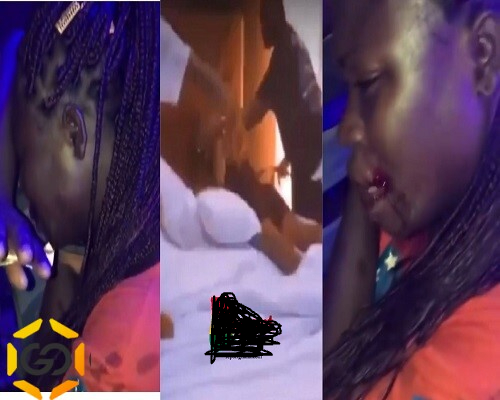 A young lady has been assaulted by her boyfriend for reportedly not giving him her monthly salary.

Apparently, this lady who is in love always ends up giving her monthly salary to this unscrupulous boy.

The video sighted sees a young lady bleeding profusely from being assaulted by her boyfriend.

She is heard telling how tired she is with the relationship. According to her, her boyfriend almost killed her.

Watch Video as shared by occypygh;

Hilarious!! School Prefect Caught Riding His Boyfriend In Headmaster’s Office While He Was Away (Video)