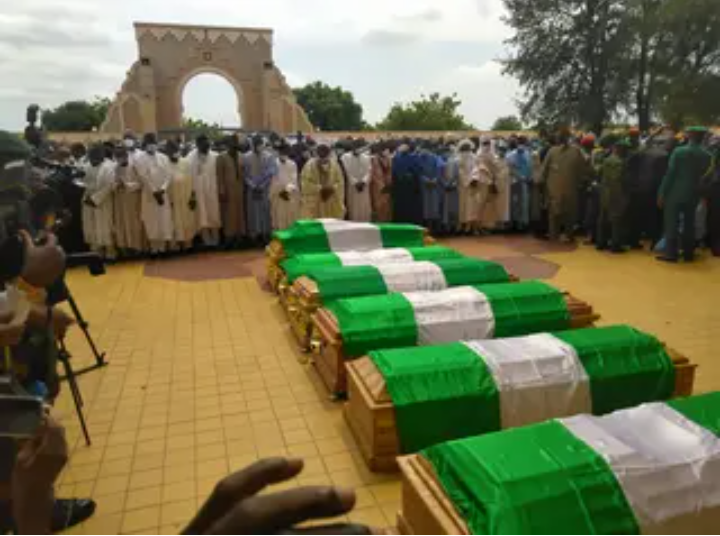 The father of Matthew Oyedepo who died in a military plane crash last week Friday, Jacob Oyedepo, has noted that the death of his son will not make him stop the siblings of the deceased from joining the Army.

Recall that Matthew lost his life in the ill-fated beachcraft 350 that crash in Kaduna last Friday, killing former Chief of Army Staff, Lt. Gen. Ibrahim Attahiru and, nine others.

The father of the late airman in a discussion with newsmen disclosed that the deceased was his last-child, adding that he had five other older siblings that were unemployed.

Oyedepo who disclosed that he spoke with his son a day before the incident and offered him prayers added that there was no sign of danger around his son during their last conversation.

He said, “I spoke to my son on Thursday that preceded the day he died. I prayed for him. I did not see or have any sign that he was going to die. I just prayed for him. His death has left a permanent vacuum. I will never forget him. He was the one taking care of me. His brothers are unemployed. He was also taking care of them.

“I plead with the government to help in providing jobs for the siblings of the deceased that are not employed. Matthew is my last child and I have six children. Even with his death, I will not discourage any of my children who is willing to join mthe ilitary, I will allow them fto ollow their hearts.