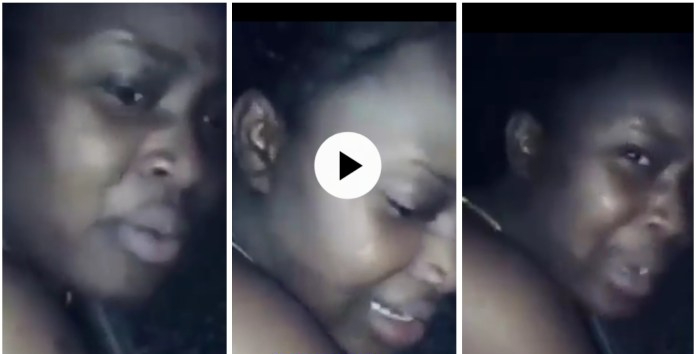 Drama as Slay Queen complains about how a soldier ch0pped her six times in a barracks in new video.

In the video the Lady was crying after Boyfriend ,who happens to be a soldier ,ch0pped her six times in a Barracks

According to the viral video, the lady refuses to allow the soldier eat her again after she complained to have been chopped Six times on the Same day

“I won’t allow you you to chop me again ,today you have chopped me Six times ,What have I done wrong ,if not the soldiers will sack me, I would have left ” she said