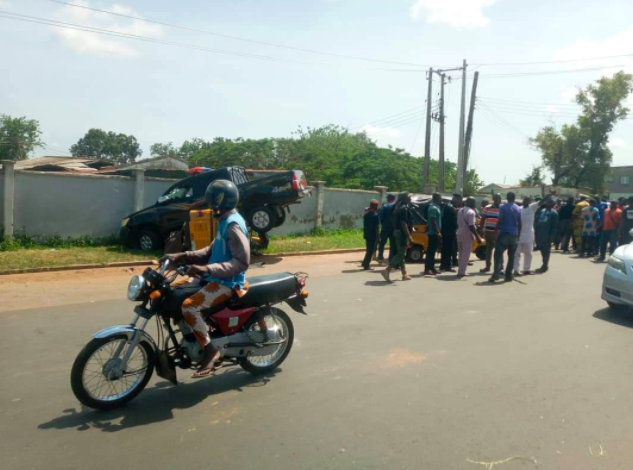 An escort van traced to Sarah Alade, special adviser to the President on Finance and the Economy, rammed into three tricycles in Ilorin metropolis in Kwara State.

According to Premium Times, the escort van belongs to Hillcrest, an agro-allied company along Ajase-Ipo – Offa road, owned by Mrs Alade, also a former Acting Governor of the Central Bank of Nigeria. This newspaper learnt that the van was in the convoy of Mrs Alade’s son, Ayodele Alade, the chief executive officer of the company who is resident in Ilorin, when the accident occurred.

Multiple witnesses told this newspaper that the vehicle, on top speed, ran into the three tricycles close to the state’s Ministry of Agriculture.

They also said the timely intervention of police operatives saved the life of the escort van driver who was prevented from being lynched by an irate mob of commercial tricycle operators mobilised to the scene of the accident.

An assessment of pictures obtained from Just Events Online, a Kwara-based online medium, showed that the tricycles are a total wreckage.

Meanwhile, according to a statement issued by the police spokesperson, Ajayi Okasanmi, three people, who suffered severe injuries, are currently receiving treatment at the University of Ilorin Teaching Hospital (UITH). 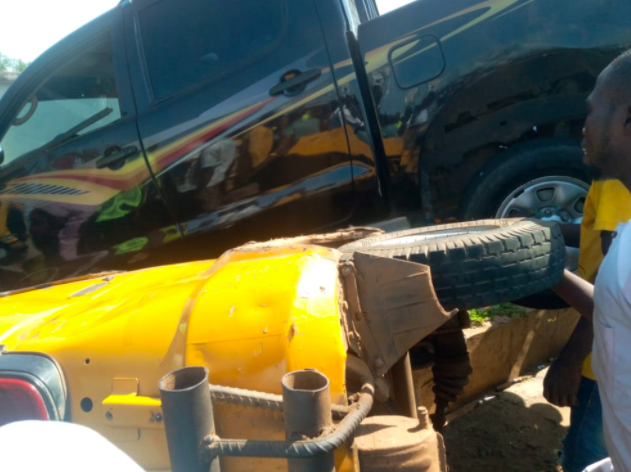 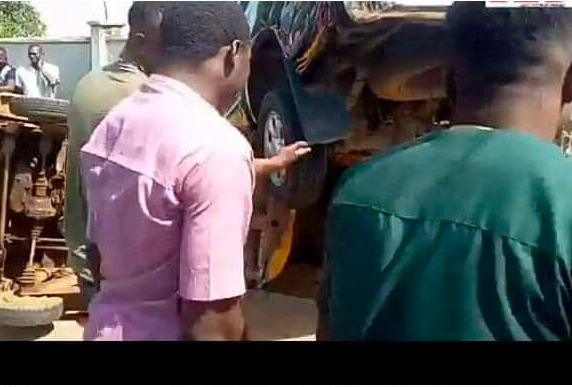 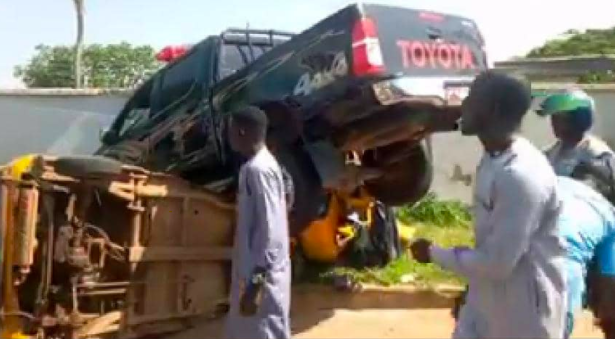 You Are The Real Terrorist, You Don’t Deserve To Be Nigeria’s President – US Army Veteran Blast Buhari (Video)

JUST IN: Minister Slumps In Bauchi