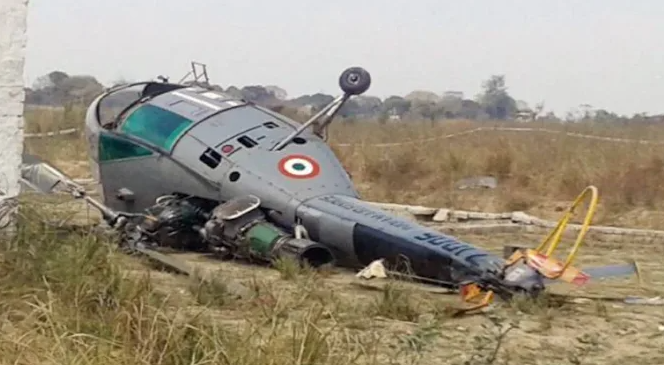 A helicopter belonging to the Indian army has crashed in Ranjit Sagar Dam of Pathankot district.

Reports revealed that the incident happened on Tuesday in the northern state of Punjab. However, no casualty was recorded in the incident, according to the source.

“We received information that an army helicopter has crashed in the lake. We rushed our teams to the spot,’’ a police official of Pathankot, Surendra Lamba said in a statement.

The reports noted that two pilots from the army aviation Advanced Light Helicopter (ALH) Dhruv helicopter on board survived the crash. Naija News learnt that the helicopter was on a routine sortie when the incident happened today.

“The weapon system integrated helicopter had taken off from Pathankot and met with the accident,’’ another report quoting its sources said.

JUST IN: Oh No!! Malami Is Dead