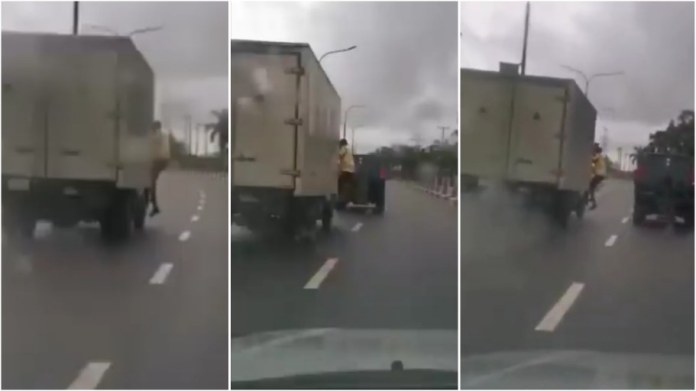 In the short clip, the policeman was seen hanging on a speeding truck in broad daylight to bargain with a truck driver who had probably flouted traffic rules.

Those who captured the incident on video, were heard asking if clinging to a moving truck is part of the traffic official’s job description.

This was said just before the LASTMA official was seen rolling on the floor after falling off the truck.

Hilarious!! Slay Queen ‘Begging For Mercy’ While Being ‘Ch0pped’ In A Lavish Mansion (Video)