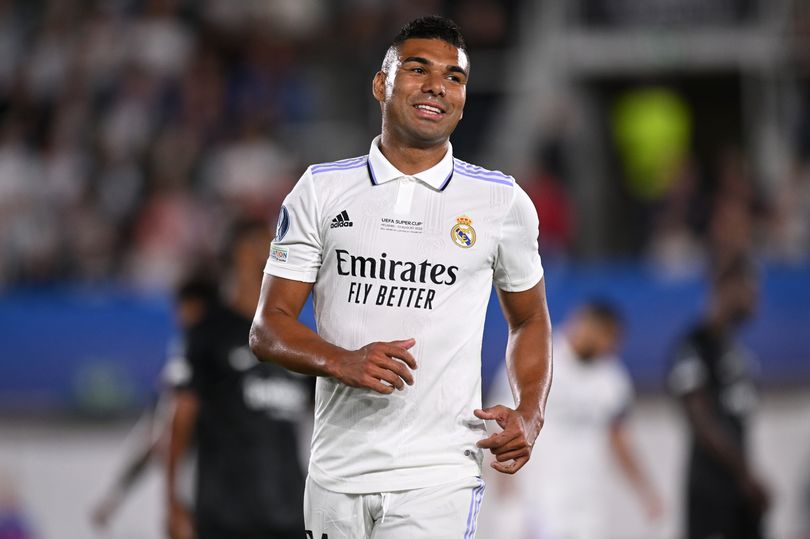 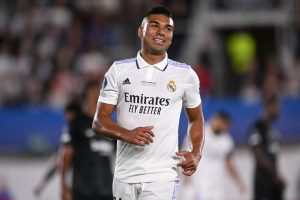 Manchester United must complete the signing of Real Madrid midfielder Casemiro and register him by 12pm on Friday if he is to make his debut against Liverpool at Old Trafford on Monday evening.

As reported by the Manchester Evening News on Wednesday, United, who are being linked with a plethora of players ahead of the transfer window closing in just under a fortnight’s time, have approached Madrid about the prospect of signing the Brazil international. The Reds are desperate to strengthen their midfield options ahead of the 11pm deadline on September 1 and the 30-year-old has shot right to the top of their wish list.

It is understood that United are now making advances in their efforts to bring him to Old Trafford and negotiations with his representatives are ongoing. The Brazilian reportedly sees playing in the Premier League as a challenge that he has always wanted to experience.

Under contract at the Bernabeu until the summer of 2025, United will have to part with a hefty fee to lure him to M16. However, he is considered as one of the very best defensive midfielders in the world, meaning it would be money well spent.

Read Also: He Who Prepares For A Task Plans To Succeed: Hon Johnson Zaki Is Adequately Equipped To Lead

If United are serious about getting him through the door as quickly as possible and have plans for him to feature in Monday’s clash with Liverpool, they must secure his signature and register him with the Premier League by midday on Friday. Premier League rules state that any new signing must be registered by midday on Friday ahead of the latest round of weekend fixtures.

The Premier League rule book states: Subject to the provisions of Rule V.1, the deadline for receipt by the Board of all duly completed documents required by these Rules to effect the registration of a Player shall be 12 noon on the last Working Day before the date of the first League Match in which the Club making the application intends him to play, save that the international transfer certificate and evidence of eligibility to take up employment in the United Kingdom (in both cases if applicable) may be provided thereafter (but must be provided before the Player is eligible to play for a Club in a League Match).

As the rules state that a club must register a new signing by 12 noon on the last working day before the date of the match they intend for him to make his debut in, it means that United must complete the signing of Casemiro by lunchtime on Friday. They cannot carry it forward to Monday and give him his debut that evening.

Casemiro, who helped Madrid win the UEFA Super Cup last week in Helsinki, started the Spanish giants’ La Liga opener against Almeria last weekend on the bench. He came on in the closing stages, as Carlo Ancelotti’s side won 2-1.