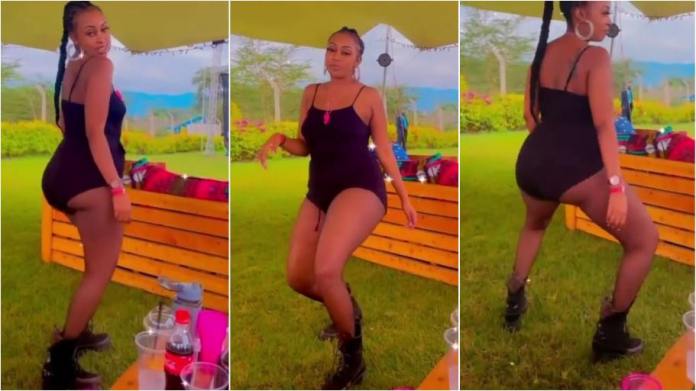 Despite being married as a second wife to youthful city businessman Jamal, she is yet to ditch her ratchet behaviours.

A video of the voluptuous socialite dancing backstage while rocking a skimpy outfit that left little for men to imagine has emerged.

She was shaking her ‘nyash’ while dancing to old school dance hall.

Check out the video: