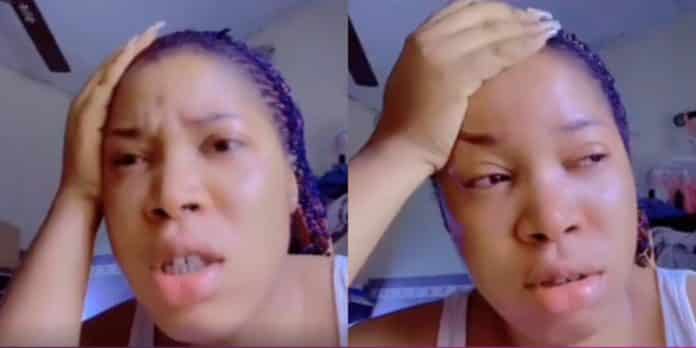 My Best Friend Snatched My US Fiancé After I Introduced Them, They’re Getting Married – Lady Cries Out (Video)

A lady has recounted how her best friend snatched her US-based fiancé after she introduced them to each other.

Plans were already in place and at an advanced stage for the two to get married.

According to her, she only got to know about the turn in events after her scheduled engagement with him on December 28, 2021, got cancelled.

The reason given by the fiancé for the cancellation was that he had found someone he was ready to get married to.

After carrying out an inquiry, the lady found out that her best friend who has been acting as a pillar for her, has shot her in the back and would be getting married to the guy.

See What Shugatiti Was Captured Doing With Her Bull Dog (Video)