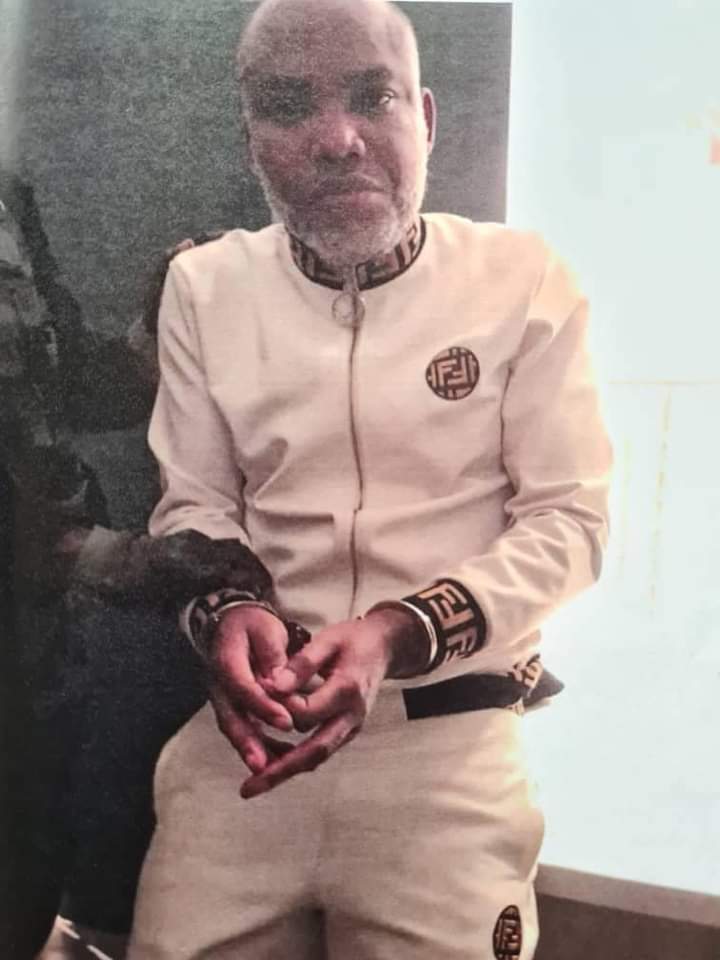 The federal government has revealed that the detained leader of the proscribed Indigenous People of Biafra, IPOB, Nnamdi Kanu, will be facing fresh charges.

The Attorney-General of the Federation and Minister of Justice, Mr. Abubakar Malami, SAN, disclosed this while speaking to newsmen in Abuja.

Malami noted that the new charges will incorporate fresh allegations against the IPOB leader.

The charge currently pending against Kanu at the Federal High Court in Abuja borders on terrorism, treasonable felony, unlawful possession of firearms and management of an unlawful society.

Malami, however, insists Kanu had since 2017, after he jumped bail, committed more offences.

“He has, upon jumping bail, been accused of engaging in subversive activities that include inciting violence through television, radio and online broadcasts against Nigeria and Nigerian State and institutions.

“Kanu was also accused of instigating violence especially in Southeast Nigeria which resulted in the loss of lives and property of civilians, military, paramilitary, police forces and destruction of civil institutions and symbols of authorities,” Malami said.

Kanu was re-arrested and extradited to Nigeria on Sunday.

On Tuesday, he was brought before Justice Binta Nyako of an Abuja Federal High Court to continue his trial.

Justice Nyako had ordered the IPOB leader to be remanded in DSS custody.

Why Sunday Igboho Was Able To Escape During House Raid – DSS