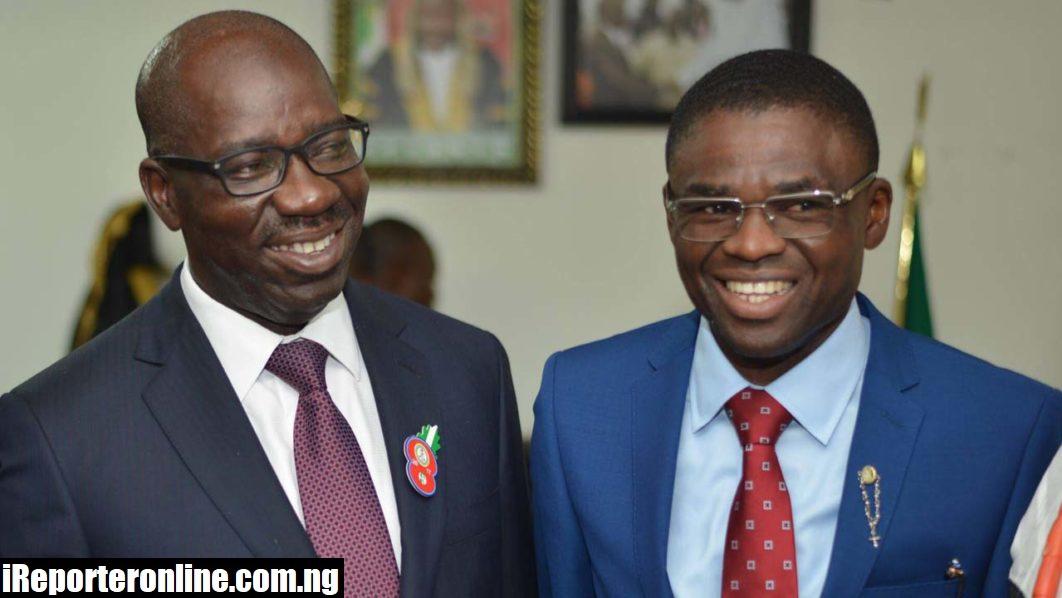 Re: OBASEKI AND SHAIBU’S VITUPERATIONS VIA DAN ORBIH’S PROXY: WATERS OFF THE DUCK’S BACK by Comrade Chris Oboh…

The first thing a drowning man does is to grapple for straws. And that’s only what I can sense from the spineless article credited to one 80 thousand Naira appointment seeking-acclaimed Comrade Chris Oboh. He has succeeded in saying nothing noteworthy apart from exposing his frailty and those of his paid puppeteers. 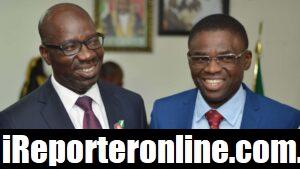 He needs to be schooled and tutored specifically how much bigger in PDP Chief Dan Orbih is if you lump Obaseki and Shiabu into one matter. Dan Orbih cannot go down so low to instigate anyone against both of them who had been declared persona non grata by the Edo State people for the habitual failures, which had become historical in Nigeria. One complete year after their election, which was exactly 19th of 2020, they have not been able to constitute a cabinet to run the affairs of the state. Never in the history of Nigeria has that been achieved! Today, we have just 5 people (the governor, the Deputy, the SSG, the Chief of Staff and the Deputy Chief of Staff) running the budget of the entire state like it is their fiefdom. And to make matters worst, there is nowhere a contractor is working in the state to show for their one-man show! I am sure the half-baked writer calling himself Comrade Chris Oboh would blame Chief Dan Orbih for it. When a farmer is lazy, he blames his tools.

Is it Chief Dan Orbih, who is saddled with the responsibility of running affairs of PDP in the entire South-South as the Vice Chairman of the region, that was also responsible for the tossing off of these two ungrateful elements and their foot soldiers from APC about a year ago? Was it not this their character and attitude that was responsible for it? When you are marrying and divorcing too many wives, the problem is no more theirs, it becomes yours. No political party can tolerate Obaseki and Shiabu if they fail to succeed in PDP. It is in the news that they wish to go back to APC…most old PDP members can’t wait for them to leave…we would be very happy to sanctify our party with anointing oil as soon as they are swept off.

I guess Chris Oboh, the nitwit, will go tell it on the mountain that Chief Dan Orbih is the one responsible for the governor not being able to conduct the LGA elections and perhaps he was the one that was also responsible for the midnight inauguration of 14 members of the State House of Assembly that had seen some LGAs not duly represented. Obaseki and Shiabu brought that hardened corruption from APC, which is alien to the democratic process known in PDP.

Chris Oboh should point to one single signature project Obaseki and Shaibu has done in the state since 2016. Or has the Gelegele Sea Port and the Industrial Park at MOU level transformed into something real in his dreams? Is it the same Dan Orbih that had stalled both projects that were used to swindle the Edo State people under APC? With Obaseki and Shiabu, everything either stops at MOU or is earmarked when the Edo State people want to see eye marked projects.

Why is Chris Oboh living in an alternative world full of his mythological demons that had succeeded in blinding him to the facts on the ground? How much of his soul has he sold to the devil for shekels and pots of porridge? What exactly will Special Assistance of #80,000 do for him?

Oh, perhaps, it is in his warped mind thinking it is Chief Dan Orbih that not allowed the state government under Obaseki and Shaibu not been able to pass the Anti-Grazing Bill into law as other states had done. As a self-acclaimed technocrat, one will think Obaseki will be among those who will be at the forefront in championing the VAT issue as adopted by River and Lagos States…No, his responsibility is to be at home fighting PDP that gave them shelter when they were discarded from APC for characters that were unbecoming.

Nobody needs Chief Dan Orbih to tell him local vigilantes are not being paid by the state government even with over half a billion collected monthly as security votes. Dan Orbih doesn’t need to tell Chris Oboh that communities have resorted to self-help in the employment of teachers in schools and payment of vigilantes in the state. The Esan people recently raised over #30m to equip their local vigilantes…not even a word from the governor to commend them was offered for what he was voted to take responsibility for. Is Chris Oboh dead to all these? If he does not see, does he not hear too? How is his village, is there an access road, are there teachers in the school there and can he go there without being kidnapped? What is the state of Healthcare in the state? There are hospitals without doctors or even syringes. Patients go there to just die if they cannot afford private hospitals.

Chief Dan Orbih is not responsible for the failure of Obaseki and Shiabu…they are both acclaimed failures and the entire Edo State people are in fits of regret for voting them in just to spite Comrade Oshiomhole. Instead of them to be looking for who to gag, and trade blames with, they should think inwardly, take a deep retrospective look at what Mr. Bob Manuel said in the recorded video…they still can get it right with God and with man.