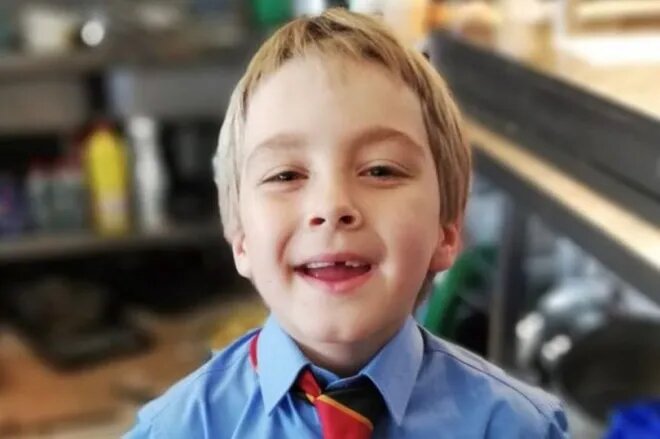 A “fit and healthy” seven-year-old boy collapsed and died at school in front of his horrified pals after suffering a sudden cardiac arrest, an inquest has heard.

Patryk Milner from Sandbach, Cheshire, fell ill at around 9.50am on September 30, 2020, as his first lesson of the day was finishing at Offley Primary Academy.

His teacher David Ellis, who was on his first day at the school, administered CPR with the help of other staff members before 999 was called and paramedics arrived.

The youngster was air-lifted to Leighton Hospital in Crewe before being transferred to Alder Hey Children’s Hospital in Liverpool.

Medics managed to restart his circulation, but after being in cardiac arrest for 40 minutes the damage to his brain was deemed too severe.

The schoolboy sadly passed away at Alder Hey on October 2, 2020, just 36 hours after being transferred.

Cheshire’s senior coroner Alan Moore gave a conclusion of natural causes, with a medical cause of death as sudden cardiac dysrhythmia which had not been diagnosed, during an inquest at Warrington Coroner’s Court on Tuesday.

Patryk’s devastated parents told the inquest in a statement that their son was a “healthy and fit child” who loved sport and had no known persistent underlying conditions.

He was a member of Sandbach RUFC’s under-8s side and his parents, Andy and Aggie, are both well-known figures at the rugby club.

Mum Aggie said he had been suffering from a sore throat on September 20, which was diagnosed as a ‘viral infection’ and required no medication.

By September 30, the 7-year-old’s throat was still sore but he had no other symptoms or issues so was able to attend school.

Aggie explained: “When I dropped him off at school, he seemed well and there
was nothing I saw in his behaviour that gave me cause to think otherwise.”

“Andrew and I are totally devastated by the unexpected and sudden loss of our son. No parent ever expects to be in this position.”

Patryk’s GP Dr Priyan Gunawardena also confirmed Patryk had been diagnosed with a mild form of laryngitis, but also described him as a ‘fit and healthy child’ with no other issues that caused her to be concerned.

Detailing what happened in the classroom, Mr Ellis told the inquest: “We had just finished the first lesson and I asked the children to pack away.

I put my hand on his chest and felt his heart was pounding.

“At this point, Patryk was probably on the second row of the classroom. He leaned across the desk and his arm outstretched.

“I thought he was trying to get my attention for his sore throat.I asked if he needed help but he didn’t respond,” he said.

“He still had his arm outstretched in front of him. I noticed he was shaking. I repeatedly asked him if he was OK but he didn’t respond.

“I went over to him and I was worried he was about to faint. I lowered him off the desk, off his chair, and onto the floor. I put my hand on his chest and felt his heart was pounding.”

Mr Ellis asked some pupils to go to the office to tell them he “required immediate assistance” while putting Patryk in the recovery position.

Other staff members soon arrived to assist with CPR while the school’s automated external defibrillator (AED) was brought and attached to Patryk.

But when the device analysed his heart, it said a shock was not needed and to continue CPR, which continued until paramedics arrived just after 10am.

In a statement read out at the inquest, Dr Nayan Shetty, of Alder Hey Children’s Hospital, said Patryk is thought to have experienced a “loss of cardiac output” for around 40 minutes.

She described Patryk as “unresponsive” with scans showing he had suffered a severe cerebral edema.

The schoolboy sadly died as a result of his brain injuries on October 2.

Dr Michael Bowes, a consultant paediatric electrophysiologist who specialises in heart conditions in children, suggested it was “more likely than not” that Patryk died as a result of an undiagnosed cardiac dysrhythmia.

He described it as a “horrible sneaky condition”, as they often do not present with any obvious signs or symptoms before death.

After recording his conclusion of natural causes, Mr Moore paid tribute to Patryk while praising his loved ones for allowing his organs to be donated.

His dad Andrew had previously touchingly said he had given three children “the gift of life”.

Woman Sentenced To Death Over WhatsApp Messages, See What She Did