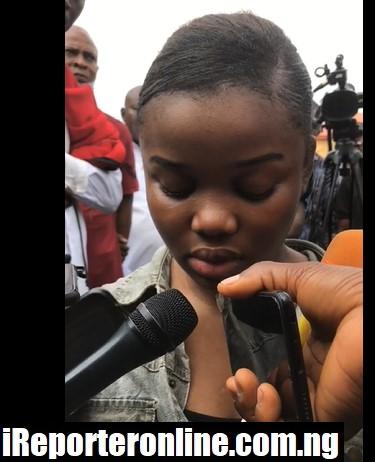 The 21-year-old student of the University of Lagos, Chidinma Ojukwu, who allegedly stabbed the Chief Executive Officer of Super TV, Usifo Ataga, to death in the Lekki area of the state may be suspended by the school authorities, The Nation has learnt.

The university management, known for its stance against any form of misconduct, may suspend Chidinma because her action appears to be a clear violation of the institution’s extant rules as contained in Students Handbook.

Checks by The Nation revealed that when a student is fingered in any form of general misconduct, the authorities is expected to initiate a disciplinary process, and then make a final pronouncement after the conclusion of investigations.

Meanwhile, the institution in one of its policies obtained by The Nation states that “The University is fully committed to respecting the right to privacy of individuals and does not generally concern, itself with the private lives and conduct of members of its community unless where and when such affect its proper operation; management of risk or its reputation.”

In an interview conducted by The Punch with a professor at the university, he stated that “there is no two ways, she will be suspended.”

“We don’t just suspend like that. A committee will examine the situation, including the video where she confessed before taking a decision. But I do not think she can escape suspension.’’ Another Dean told The Punch.

Just recently, the school sacked some senior lecturers two years after they were exposed in the sex-for-grades documentary by the British Broadcasting Corporation (BBC).

The institution, however, is yet to announce an official position on the matter especially as regards verifying the studentship of Chidinma and other clarifications.

When Chidinma was arrested, some of the items recovered from her were, “Complimentary cards, Access Bank Statement of Account, one Nigerian Passport with No. B50010434 belonging to the suspect, one fake Drivers license bearing Mary Johnson with the suspect’s photograph

Welcome To The Neighbourhood Of Suspected Super TV CEO’s killer