Webcam Model Accidentally Shoots Herself In Vagina While Filming For Customers 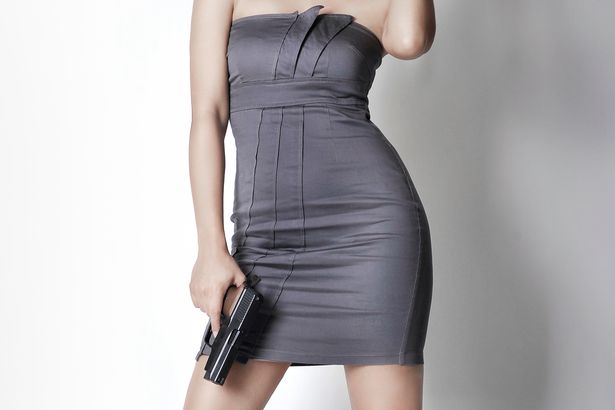 A webcam model accidentally shot herself in the vagina while recording a video for her clients inside her home earlier this month, according to authorities.

Police were called to an “accidental gunshot wound” at a residence in Thomaston, Georgia shortly before midday on November 9.

A sheriff’s deputy arrived to the scene to find a paramedic holding an unloaded handgun and a spent bullet casing, who told police: “The female had shot herself in her vagina, accidentally.”

Read Also 6 Things You Should Never Do To Your Penis

It is believed the model is named Lauren Hunter Daman, 27, who was reportedly alone inside her bedroom when the 9mm firearm was discharged.

Resident Jordan Allen, who said he owned the gun, told police that he rushed into the bedroom after a hearing a gunshot from the kitchen.

Allen said that she had a “small amount of blood” on her leg and she was apologising when he came into the room before she went on to explain that she had shot herself by mistake.

He told authorities that she has subscribers on a sexual web platform called Chatter and that she “makes sexual videos of herself and people pay her to see them”.

Addie Ruth Johnson, another occupant, confirmed that the model had shot herself.

Authorities believe the web platform she uses is actually called Chaturbate, which is a popular adult site that lets models receive “tips” in return for the performance of requested sex acts, reports The Smoking Gun.

But it remains unclear as to whether Daman was recording live when the gun was discharged, or whether she was recording a video to later upload to the platform.

Police said her account of the shooting changed at times, with her even claiming at one point that the handgun went off during a consensual sex act with Allen.

It was reported that the model was moved from her home to the Upson County Sheriff’s Office, where a helicopter then flew her to a hospital.

Authorities have classed the incident as “reckless conduct” and it is unlikely that they will issue any criminal charges, according to Sheriff Dan Kilgore.

Strange As Man Builds House Upside Down; Toilet, Kitchen And Everything Inside Is Overturned (Video)