Wow!! Lady Helps Best Friend To Give Birth Only To Realise The Baby Is For Her Husband 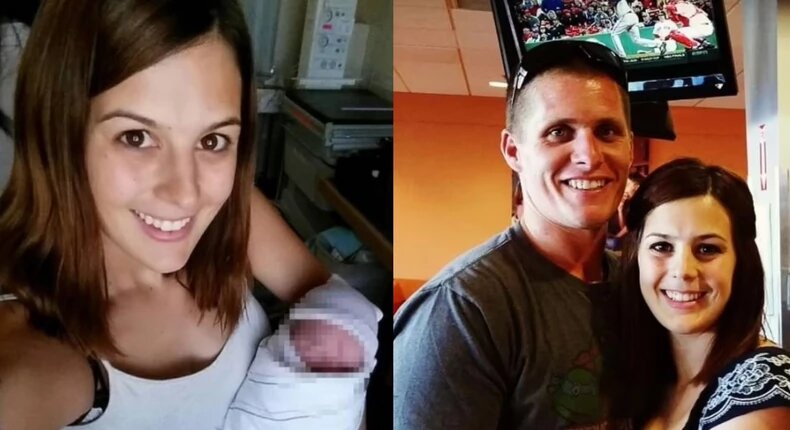 A 28-year-old lady has recounted how she stood behind her best friend and helped her give birth only to realise that the child belongs to her husband.

According to Hailey Custer, from Wickenburg, Arizona, when the truth came to light, thoughts of divorcing her 36-year-old Travis Bowling after six years of marriage occurred to her but she chose to exercise maturity.

In a TikTok video, the mother of four spoke about how she wholeheartedly supported her unnamed best friend during the pregnancy and birth, including wearing the hospital’s ‘daddy wrist band‘.

“In the hospital, before I found out, I stepped into that father figure role. I was there for her every step of the way. Even in the hospital, I wore the daddy wrist band, when she got her epidural, she laid on me. I actually gave the baby her first bath,” she recounted.

She only became suspicious after spotting a defect on the neck of the baby which was similar to the one on her husband’s neck and those of his children.

“I’m very familiar with [the hereditary defect] because my older son has it – it’s an extra piece of cartilage that grows out of the side of his neck,’ she explained on the video streaming app.

“I was changing her daughter and I noticed that she had what we call the Bowling bumps, and several of his other children have it as well, so I knew exactly that baby was my husband’s.”

She then confronted him and her best friend and got a confirmation of her suspicion.

“When I found out my friend was standing next to me, I looked at her and you could just tell. She couldn’t say anything, she just dropped her head and looked to the floor, and I just knew.

“There were no words that were said, I just knew. For me, I was in a state of shock for a little bit. I walked outside when I first found out and just prayed.

“I kept hearing the words over and over in my head – ‘“bigger picture.’” 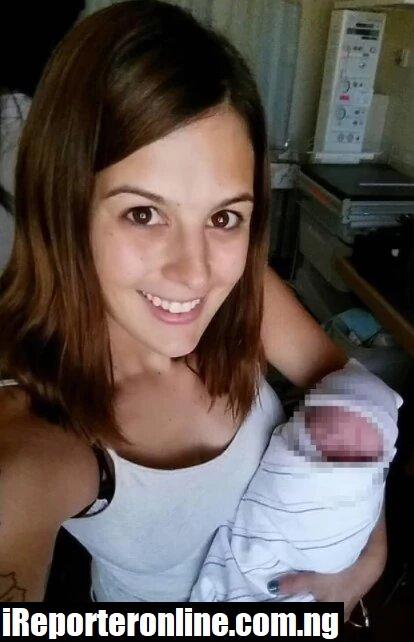 She recounted seeing her husband and her best friend getting close some time ago but wrote it off because they are all Christians and it was normal to her.

“We are all charismatic people, so we all had that nature to be charismatic around each other and make jokes. I didn’t see anything there. I was very naïve so I just didn’t think it would be possible for someone to do that.”

After a long consideration amidst conflicting thoughts, Hailey Custer decided that that the harm has already been done, so she would accept her best friend and her child.

She explained that no matter what she does, the newborn child is a blood sibling to her children and must bond with them, adding that she would not be the one to subject the innocent child to any suffering it did nothing to deserve.

“I kept thinking of my kids, at the end of the day that is their blood sibling and I’m not going to be the one who causes harm to that child.

“Now we have this innocent child who had no say in this whole situation, you have someone who doesn’t have anywhere to go, who has no family, we’re not going to kick them to the streets.

“I kept thinking of my kids, at the end of the day that is their blood sibling and I’m not going to be the one who causes harm to that child.” 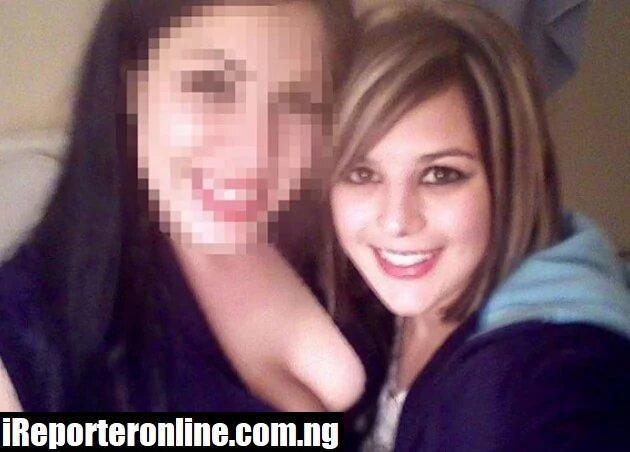 Although Hailey Custer and her husband divorced eventually, she says she has no hate for her best friend and her daughter.

She added that she lived together with her friend as rivals but peacefully. She further recounted how they both suffered abuses at the hands of her husband some times when he was on drugs.

“Everything happens for a reason and I’m still friends with her today. I still love her, I forgive her I just hope she can forgive herself. Everyone makes mistakes.

‘There is no hate in my heart for either party. My ex-husband and I have three children together so I have to co-parent with him. And at the end of the day, my now ex-best friend’s daughter is my children’s sister. So, I don’t hold any hate in my heart.”