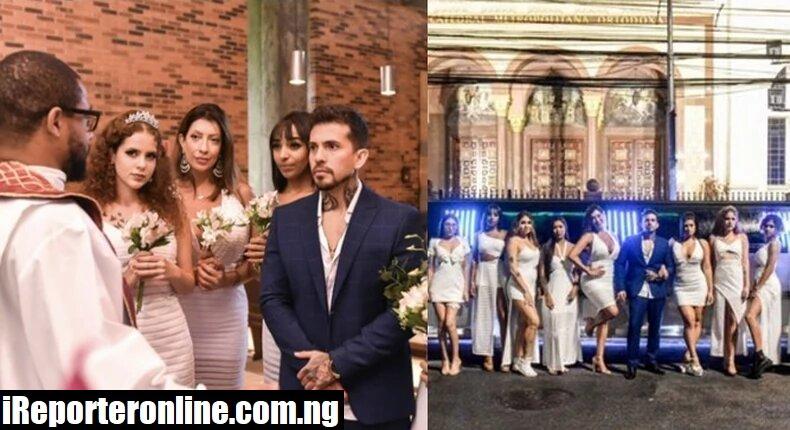 Reports say a Catholic church in the city of São Paulo blessed the marriage between the Brazilian model, Arthur O Urso and the nine brides.

His decision to marry the nine women at a go to add to his wife is reportedly to celebrate “free love” and “protest against monogamy”.

Read Also Strange As Man Builds House Upside Down; Toilet, Kitchen And Everything Inside Is Overturned (Video)

It is reported that Arthur was previously married to Luana Kazaki and the pair had already been going on a honeymoon together before they agreed that he add the nine women.

It is further reported that Arthur and his first wife are swingers who have an open marriage. 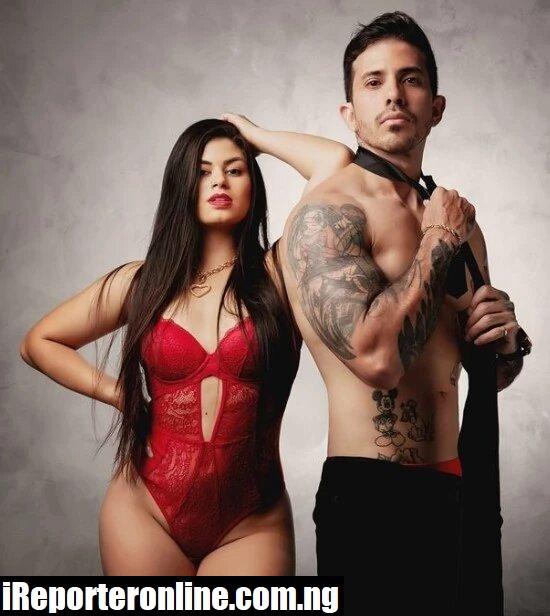 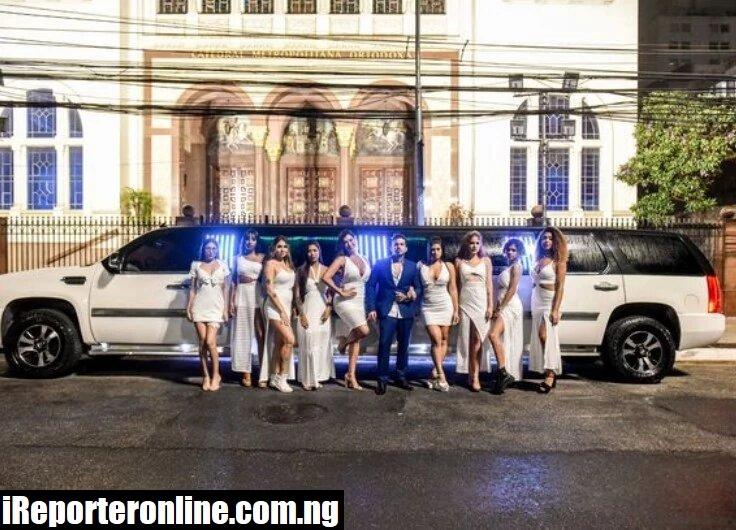 Meanwhile, in another marriage-related story, a groom and his mother shed tears uncontrollably while holding each other as they shared a mother-son moment before he finally separates from her to join his soulmate.

They were on the floor to dance but got emotional and could not hide it from the numerous guests present at the wedding.

The groom’s mother is seen in a video circulating online, holding him firmly while consoling him, but she could not help but join him in crying as he was simply inconsolable.

Interestingly, the emcee of the event, instead of calming the groom and his mother down, urged them to express themselves, saying it’s okay to do so.

Read Also 6 Things You Should Never Do To Your Penis

Sabi radio which posted a video of the episode on Instagram captioned it: “Groom is emotional as he does the mother-son dance at his wedding.”

The video has sparked reactions, with many people saying that it is normal for the groom to get emotional as he was leaving his mother with whom he has probably spent the better part of his life, especially if they both went through difficult times together.

But some Instagram users say the emotional moment could be a red flag, signalling how the groom would remain a ‘mummy’s boy’ even after the marriage, which might be difficult for his wife to handle.

Well, it is only them that know what triggered the emotions but it is understandable to see a mother and her son finding it hard to cope without each other’s company, having spent many years together. It is also possible that the groom is the only child of his mother who probably raised him single-handedly.

Strange As Man Builds House Upside Down; Toilet, Kitchen And Everything Inside Is Overturned (Video)