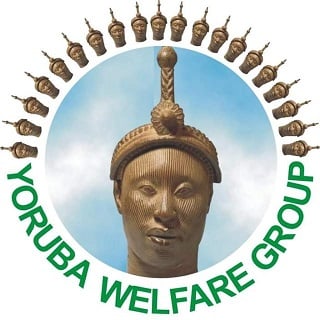 Yoruba Welfare Group has warned all Yoruba sons and daughters to refrain from attacking and rubbishing traditional rulers and institutions under the guise of politics.

President of the group, Comrade Abdulhakeem Adegoke Alawuje who gave the warning said, whoever attacks traditional rulers in Yoruba land will have his group to contend with.

Alawuje added that, the socio-cultural organisation will not fold its arm while some selfish or sponsored politicians rubbish their leaders

Speaking with journalists in Kaduna on Saturday, Alawuje said, the traditional institution must be protected at all cost because it is the repository organ of the Yoruba culture.

According to him, “Yoruba Welfare Group sees our traditional rulers as our fathers in the land. Subsequently, we shall no longer wait for their instructions before we act against whoever launches an attack against them Nobody waits to be instructed on what to do when his father is being violated or insulted.

“While we acknowledge the fact that those who made this mistake in the recent past have apologised and they have been forgiven by these Obas, we promise that whoever repeats similar immorality shall regret his action for the rest of his life.

“It’s disheartening that the so-called enlightened Yorubas have taken to disrespecting their rulers whereas in the North no indigene or settler dare insult any of the traditional rulers and remain in that very community.

“There is no justification for the nonsense being witnessed from the acclaimed sons and daughters of Yoruba. If you disagree with your father on an issue, as a well-bred child, do you insult your father in the public or disgrace him in the marketplace? Yoruba traditional rulers aren’t available for any individuals or politicians to toy with.

“It’s surprising that some of the so-called “Yoruba warriors” who claimed to be fighting for the interest of the Yorubas kept criminal silence during the EndSars attack on our traditional rulers, and the violation of the palace of Oba of Lagos. Such silence can only be described as hypocritical and political madness that shouldn’t be condoned.

“We are thereby warning politicians and clerics to mind their statements towards any of the traditional rulers Historically, traditional rulers always have the final say in all affairs. Unfortunately, some of the elements in this generation are now trying to rubbish them in the public market. YWG will not allow any individual or group to, either in the name of protest or politics disregard or use derogatory language on any of them.

“Its not possible to see a full-blooded Yoruba man to join any other group or political party to rubbish his traditional ruler. If such repeats itself, we shall not relent until such person is prosecuted or banished from the land. Similarly, if those activists turned politicians persist in their insubordination, YWG will declare total war on them, no matter their positions,” he said.

Alawuje noted that YWG is a socio-cultural organisation that prioritises culture over politics and it will only venture into politics to get more values for the Yorubas rather than nurture unnecessary crisis with any other ethnic group in the country.

I Had 20 Miscarriages After He Deflowered Me, Used My Blood For Ritual – Wife Tells Court