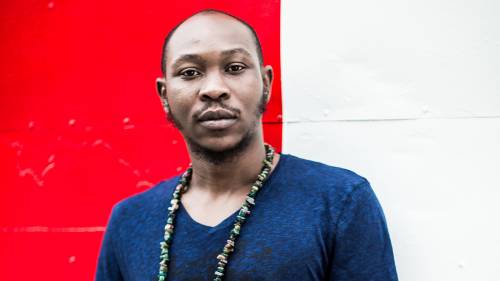 Afrobeat musician, Seun Kuti, has said the South-West is not yet capable of having self-government.

The activist and leader of the Movement of The People (MOP) called on agitators of the Oduduwa Republic to restrategise and have self-sufficiency plans for the republic.

According to him, the division of Nigeria can be achieved without going to war or killing one another.

He noted that instead of choosing destruction to achieve Yoruba Nation or Biafra, the people should negotiate to achieve a common goal.

He said this during a live video on Instagram while addressing a question he had been asked on when Eastern Security Network (ESN) and Ebube Agu, both security Outfits in the South-East, would start a war among themselves.

Buttressing his point, the musician cited the instance of England which left the European Union without fighting.

“England just left the EU recently; did they fight anyone before leaving? The Scottish are agitating to leave England. Why are they not saying they want to fight war before they can leave England? Don’t get me wrong, I’m not saying these people don’t fight but understand the narrative.

“Must it be a fight if we don’t want to be part of Nigeria again, where are our elites? Why are they not agitating for a referendum?

“Referendums now put the decision in the hands of the people. They want a constitutional conference, they should pick among themselves to help us divide.

“If Nigeria truly wants to divide we must pose it in a referendum programme, yes or no vote to all the people in this country so that we can make our argument for and against and the people would be carried along every step of the way because we will need them to make the final decision.

”If we want to separate, let us debate it in a referendum, not with gun and blood-shed as these ones are doing, everybody is carrying gun. A journalist is asking me when two brothers will fight, why did he not ask me when these two brothers will come to the negotiation table, to decide and strengthen themselves against their common enemy.

”Even if they want to pose their narrative on us — violence. I want to pose a question to the Yoruba people that none of these Yoruba nation leaders are asking them

“If the Yoruba people want to leave Nigeria, it is not overnight. Anybody that tells you Yoruba people can leave Nigeria over ten-year period, that person is trying to put you in another long jump. Our problem needs like fifty years of dedication to see the front, not to fix it but to see how we can balance and then say now we are moving forward.

”Nigeria is like a drunkard who is not balanced, staggering sideways, it needs like fifty years to balance but if the agitations turn to war, this will only add another 100 years of stress for us. We don’t want that, even if we want to separate, we want to separate in a way that our lives will get better.

“Yorubas are not even ready to be without Nigeria. Dear Yoruba people, how many refineries do you have? When we separate from Nigeria, how do we get petrol to use? Will we have to buy fuel from Nigeria, pay some people a subsidy?

“How can only one refinery cater for the whole of Oduduwa nation. Moreover, it doesn’t belong to a Yoruba man. If we break away from Nigeria, the refinery will either be disassembled and taken elsewhere or we will still be paying Nigeria for it.

”Yoruba nation must become self-sufficient before clamouring for independence. We must negotiate with our Igbo brothers because we need them for expertise. We must negotiate properly with our Hausa brothers because that is where all the pepper comes from. What will you do about the pepper, tomato, onions and all? We must be self-sufficient or at least the agitators should give us a strategy of our self-sufficiency as Yoruba people. Do you want to be in Oduduwa nation and still be begging for food, for military aid, educational aid?”

Protest In Ikorodu As Trailer Crushes Four To Death