In 14 encounters between the Super Eagles and the Falcons of Jediane since 1963, the Nigerian team has lost just twice – in 1963 and 2014. With the benefit of Matchday 1 performances, if the Super Eagles play just like they did against Mohamed Salah’s Egypt, they will have another win on Saturday against the Falcons. I will add that this postulation is made not only based on the opening matches but the pedigree, experience, and how valuable the squads are.

Coach Augustine Eguavoen revealed after the brilliant showing against Egypt that the coaching crew had a meeting with the players where they jointly agreed on the best formation for the team. It showed the flexibility of the Super Eagles and no changes is expected to that starting 11, apart from keeping Samuel Chukwueze. The Villarreal forward had a below-average performance.

The Sudanese team played cohesive football against Guinea Bissau where they earned a point but over their last three matches, they have scored just two goals; with no goals in their last two matches. If the Eagles play with the same tempo they achieved against Egypt, they should be able to get another win and punch their ticket to the second round with a game to spare. 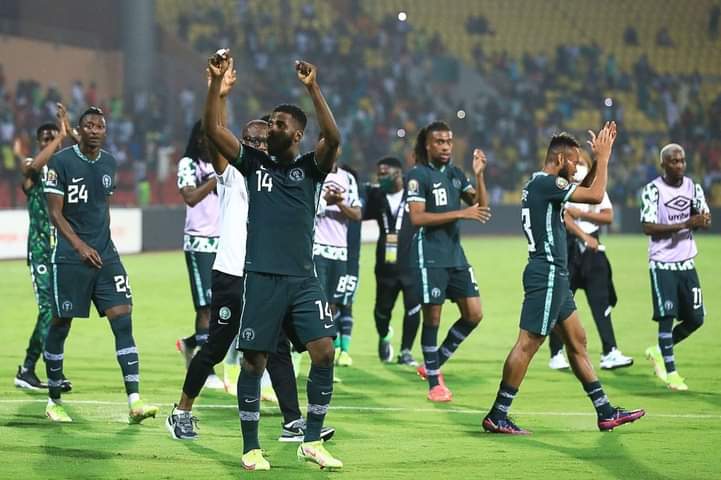 Three mistakes the Eagles must avoid:

The Eagles were brilliant against the Salah-led Egypt, but that is the past. The Eagles might be ranked 36th by FIFA and Sudan 125th but the Walia Ibex will start with 11 men and as we saw against Guinea Bissau, going down to 10 men early in the game did not diminish their appetite to fight and to gain a point. The best thing the Eagles will do is respect their opponents and not look down their noses at their opponents.

The Eagles should have been out of sight against Egypt before the 80th minute as they came under pressure in the last 10 minutes as the Pharaohs pushed for an unmerited equaliser. Against Sudan, the Eagles must try harder to convert some of their scoring opportunities. Iheanacho must look to find the better-placed player; Moses Simon must stay composed when he enters the box, and Taiwo Awoniyi must not be under pressure to score his first goal for the Super Eagles.

Pay attention at all times

The Eagles had Salah in their sights for 90 minutes and so they stayed concentrated, denying the Egyptian talisman the time and space needed to wreak havoc. The Sudanese do not have a player in the calibre of Salah in their ranks but the Eagles will be best advised to keep the same concentration deployed against Egypt. What they do not want is to be chasing the game like it happened against the Central African Republic last October in Lagos.

“I am happy with the players and their ability to give their best on the pitch. I am focused on winning against Sudan at the moment. I am not thinking about anything else or how we will start our third match. We are completely focused on our match against Sudan. Beating Egypt was not easy, and we are looking forward to continuing our victories and qualifying for the next round.” – Agustin Eguavoen, Nigeria Manager

“We play with a great team with high-level stars, but we will play with a balance between defense and attack. The absence of Mohamed Abdel Rahman is impressive, but we have a number of young players waiting for an opportunity to appear.” – Burhan Tiya, Sudan Manager

AFCON 2021: How Super Eagles Will Play Against Sudan – Eguavoen Speaks