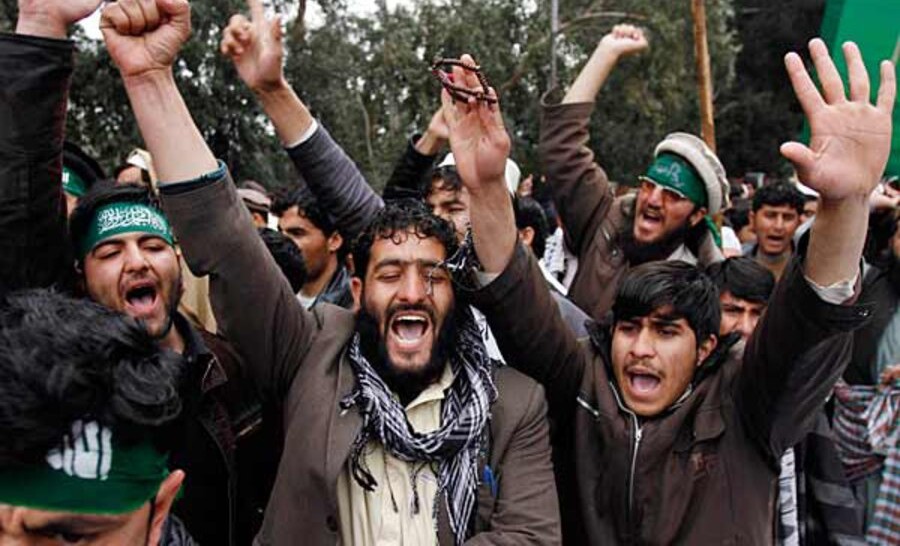 In a show of bravery and patriotism under an uncertain Taliban regime, hundreds of Afghans, including women, held marches in some cities in Afghanistan on Thursday to celebrate their country’s 102nd Independence Day anniversary.

August 19 is marked annually as Afghanistan’s Independence Day to commemorate the 1919 treaty that ended British rule in the central Asian nation. Marches were reported in Jalalabad, Asadabad, Kabul Jan and Khost.

Previous days leading up to Thursday saw only a few people on the streets. Many stayed indoors for fear of the Taliban as they continue to process Sunday’s takeover and other unfolding events.

Yet in what seemed like a peaceful protest against the Taliban regime, many Afghans found courage today to March the streets, holding up Afghanistan flags that they said symbolised their identity.

The protests, however, turned bloody as Taliban fighters reportedly opened fire to disperse the crowd. Several witnesses said many persons were killed and others injured, but it is unclear whether the victims died from gunshot wounds or stampedes.

First Vice President Amrullah Saleh, who Tuesday declared himself Afghanistan’s “legitimate caretaker president” and is rallying opposition against the Taliban, expressed support for the protests.

“Salute those who carry the national flag and thus stand for the dignity of the nation,” he said on Twitter.

The Taliban also celebrated Afghanistan’s Independence Day by declaring victory over the United States, Soviet and British forces which they described as “three arrogant empires”.

“Praise be to God, today we celebrate the anniversary of independence from the British occupation, while we — by the grace of God — and with thanks to the Jihadi resistance, have defeated another powerful and arrogant force (America) and forced it to withdraw from the pure land of Afghanistan,” the Taliban statement read.

“There is no doubt that God achieved this divine victory at the hands of a helpless people like the people of Afghanistan, who defeated three arrogant empires in three successive centuries.

“It is thanks to this blessing that we work together with all honesty and sincerity to establish this Islamic system, to unite this country, to uplift it and advance it. We ask God to grant our Muslim people success in achieving this lofty wish for Afghanistan. Let the Quran rule it, and may peace be upon you and the Islamic Emirate of Afghanistan, ” it added.

Meanwhile, the race to exit Afghanistan continued on Thursday, with reports that the Taliban fired gunshots to disperse Afghans around Kabul airport.

A video footage showed the Taliban firing into the air and attacking people with batons to disperse the crowd.

An Afghan national told FRANCE 24 about his failed efforts to reach the Kabul airport over the past few days. He said there were crowds around the airport even at 2 am when he tried getting out of Afghanistan.

“The Taliban has checkpoints, and they are questioning people. They’re not stopping you, but the problem is more than 10,000 people have surrounded the airport, and it is really, really impossible to get to the gate of the airport, security forces are firing into the air” to try to control the crowd, he said.

Since Sunday, at least 12 Afghans trying to flee the country have been killed in and around the Kabul airport, raising humanitarian concerns.