According to Premium Times, The Economic and Financial Crimes Commission on Thursday arrested a former governor of Abia State, Theodore Orji. 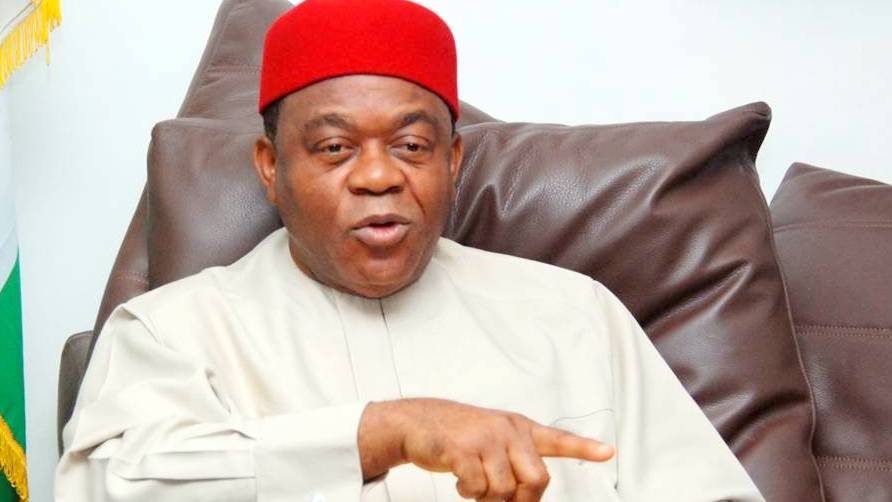 The ex-governor, who had for long been on the Commission’s watch list, was intercepted at the Nnamdi International Airport, Abuja at about 10am, and driven to the headquarters of the EFCC in Abuja.

He is currently being quizzed alongside his son, Chinedu, the current speaker of the Abia State House of Assembly, who turned himself in this afternoon upon learning of the arrest of his father. He was immediately detained.

Mr Orji, a current senator, and his sons, Chinedu and Ogbonna, have for months been under EFCC investigation for alleged misappropriation of public funds and money laundering.

The ex-governor is alleged to have received N500 Million monthly as security vote for eight years as governor of Abia between 2007 and 2015.

The EFCC had in February 2020 interrogated Mr Orji and his son over allegations that they diverted N521 billion public funds.

The investigation followed a petition dated March 17, 2017, filed by a group, Fight Corruption: Save Nigeria Group.

According to the petition, the N500 million the former governor allegedly withdrew monthly was “not part of the security funds expended on the Nigerian Police, the Nigerian Army, DSS, Navy anti-Kidnapping Squad, anti-robbery Squad, purchase of Security equipment and vehicles for the security agencies.”

They alleged that the accounts which run both as corporate and Individual received ”so much deposit in cash without evidence of job or services rendered.”