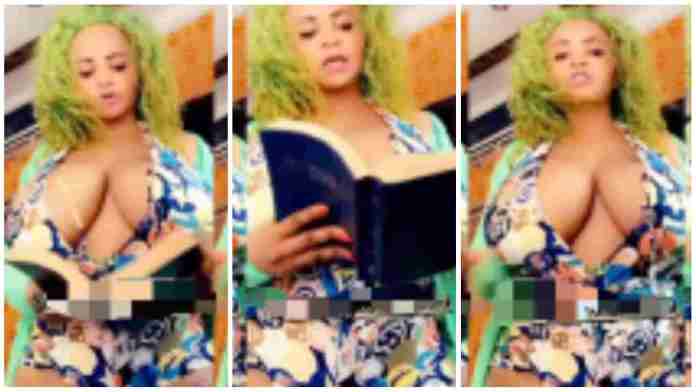 Although she was preaching the gospel to her followers, her costume depicts that she is mainly drawing the attention of men to herself.

Many have already concluded that she is advertising herself rather than what she appears doing in the camera.

How I Slept With 500 Women From My Church’ – Man Reveals