My people say frog no dey jump go back, the 2023 presidential elections would of course be the biggest political event ever in the history of Nigeria. 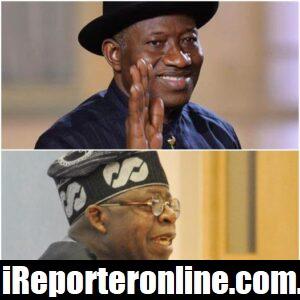 Buhari would be retreating to Daura and the Buhari FEVER would finally proceed on permanent retirement. Buhari has set a huge burden for coming presidential aspirants on whatever political platform be it the APC or the PDP. During the course of Buhari’s presidential sojourn, he amassed a huge cult-like following that would prove a difficult huddle for others to surpass.

Buhari came to the table with a large voter support base from Nigerians that every political party saw as an asset, fielding Buhari as its presidential candidate was like sure of having at least 10 million voters by default.

Herein lies the burden. Amongst the presidential aspirants who can muster such a huge following from the electorates?

From what I see presently IT WOULD BE HERCULEAN  TO  muster 10 million votes single handily without a political platform and the funny aspect is that the electoral turnout would surpass the last presidential elections, we don talk am before say frog no dey jump go back.

So sit back and let us highlight the two major aspirants for the APC that is shaking the foundation of the party.

Sorry before I go further let me speak on the other mushroom parties and their chances. In Nigeria today the crowd follows what is on the ground and unfortunately in view of time constraints it is only the PDP and the APC that are viable and trust me Nigerians would cast their votes for only what is viable. These mushroom parties no matter how popular would only succeed in mobilizing voters in disguise for the APC and PDP.

That is why you see a presidential candidate of any of these small parties would go to the polling unit with his family, staff and political associates and yet score only two votes. That tells you that maybe the wife never even voted him because she probably does not want to waste her precious vote, kikikikiki E SHOCK U ABI? U know say for Bush Radio we like to tell ourselves the bitter truth.

So going forward the APC has decided to bring in two formidable candidates for the coveted seat of the PRESIDENCY.

Now, who blinks first between Jonathan and my mentor Asiwaju Bola Ahmed Tinubu? First of all fear political parties, their ways are mysterious in the eyes of the populace and please do not blame them, a stranger does not dictate to the landlord how to run his house, no matter how brilliant the ideas of the stranger may appear, the sole decision to implement still remains under the purview of the landlord, na him get house, na him sabi wetin e wan take him house do.

From all indices, both aspirants are good to go and have clearance from all the relevant authorities so your validation does not count.

What are the constraints on both aspirants?

Seen as a nice gentleman, easy-going and a great fan of the North, GEJ’s legacy in the North seems more on the ground than even the Buhari’s administration. A session of the north sees him as politically naive which means they can continue with their business as usual.

And again you won’t blame them at all, Jonathan’s administration was really not different from Buhari’s administration. Go and take a look at the same tactics in tackling insurgency and banditry.

Nothing changed oh , the normal law of GROWTH took its course, terrorist now has more followers, more children and adherents. Na from clap dance dey start, u no go expect say gang wey be 10 members for 2012 go still be 12 members for 2020? Dem must grow na.

With GEJ the status quo is maintained, my people say a bird in hand IS THE ONLY BIRD, there is even none in the bush.

Jonathan can’t spend more than four years as president, this is a plus to the north as power would return after a four years break. Although this is illusional too as the first four years can spring up surprises in voters awareness and participation. The majority of Nigerians who have the power to vote in their choice candidates do not vote hence the consistent victory by the old political class.

Have you ever heard of the word FOOD IS READY in politics? You know say food is ready na the slogan of mama put restaurant, and you know say for Naija nothing like I waka well for restaurant, wetin carry u go there? (SMILES)

“Food is ready in politics” means come and carry we have done everything for you. In Benin City, those days e get wetin dem dey call “come and marry”. apologies to my Italo mamas. You see come and marry and food is ready politics always ends in disaster. E b like when dem force a couple to marry.

Jonathan might suffer betrayer from these same people who are dragging him into a political party that he was never a member of and was also instrumental in his early or premature retirement from politics.

If GEJ’s candidacy is not handled with maturity it would spell doom for the APC for so many reasons. People were on the ground before Jonathan came in, they prepared for this day for ages so if there is no good synergy with these foundation APC members then that is the end of APC. Not only will litigations fly everywhere there would be open betrayers and in the end, these people would also turn to PDP for succour.

My greatest fear of Jonathan’s presidency under the APC ticket is the salient issue of acceptance of failure on the part of Buhari and the APC. Ask me why enticing GEJ? Someone that was abused, taunted, humiliated and disgraced by the same APC. So what has now changed if not an indictment that Buhari has failed and we need GEJ to correct the errors?

How do you manage the throwback campaigns of heated mudslinging on Jonathan? Or do you think PDP would not deploy it as an ARSENAL? All those PDP Governors go just they post the videos for their village square every morning and night, I know dem finish, the way dem go finish Jonathan name ehh the man sef go regret wetin make am declare for APC. Those people fear dem propaganda oh. E strong die.

Lastly, these people may even dump Jonathan in APC and go and support the PDP’s Northern candidate and like joke,  like joke PDP go bounce back.

Tinubu is super ready for such a contest but there remains a snag, as the most influential and connected politician alive today in Nigeria, Tinubu would look well before he leaps. He must weigh the odds against his candidacy as Jonathan’s intrusion is a clear affront on his candidacy.

Make i break am down small, once GEJ comes into the APC he becomes a big fish just the same way Buhari was, as a former President the assurance of his clinching the ticket would be 90%  assured on his part. So it means the only huddle to cross would be Asiwaju Bola Ahmed Tinubu and from the way Tinubu is gathering adherents then you would know this would be a tough nut to crack.

Then there is the apathy on Tinubu’s health which it looks like some moles in APC are making it look awful.

Tinubu is not ill and only went for knee surgery to facilitate his smart walks during his presidential campaign.

Once Tinubu comes back and starts jumping like a rabbit and going from State to State that distorted campaign of calumny on failing health would die a natural death.

2023 is about power totally changing hands for 8 years, Buhari’s administration was very team-friendly, for eight years Buhari changed ONLY a few hands. So a new administration would mean new opportunities, new power brokers, new establishment and everything new. The battle would be fierce but from the look of things, it remains Tinubu or Jonathan in APC.