Billionaire daughter and musician, Florence Otedola famed as DJ Cuppy and Kiddwaya’s friendship, appears to have hit a sour note going by a trending video on social media. 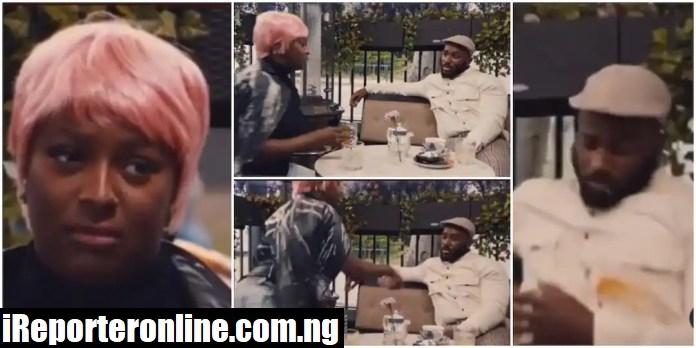 In the clip making the rounds, Kidd was seen candidly advising Cuppy on the character traits she needed to let go of to find a man.

According to the BBNaija star, DJ Cuppy is a very controlling person who needs to drop her billionaire attitude so that she could have a chance to find a man.

Not stopping there, Kiddwaya added that he thinks Cuppy needs help.

Well, things did not go down well from that point on. After Kidd shared his two cents, Cuppy let out a hiss and poured her drink on him before storming out.

The video which was from their reality show, Highlife, also showed Cuppy’s mum, Nana, saying Kiddwaya was just being himself while everyone had to put up with her daughter being who she is.

See the video below:

Oh Dear : See The Housemate Evicted From The #BBnaija House That Has Gotten Everyone Talking