An All Progressives Congress party chieftain in Edo State, Amb Johnson Enorense Iyamu has passed a vote of confidence on the gubernatorial candidate of the APC in the Edo 2020 September 19th elections, Pastor Osagie Ize–Iyamu.

The party chieftain made the assertion after he reviewed the state of affairs of Edo State one year after the Edo 2020 Governorship polls. According to him, the confidence vote was in recognition of his maturity and carriage since after the elections.

The youth leader applauded the leadership qualities of Pastor Osagie Ize-Iyamu and hailed his effort at retooling and refocusing the Party for greater efficiency and effectiveness.

“I want to sincerely say that we have had no problem with leadership in our party since after the Edo 2020 elections. Our Gubernatorial candidate, Pastor Osagie Ize–Iyamu has distinguished himself creditably well, his leadership tendency has endeared more members to the party. 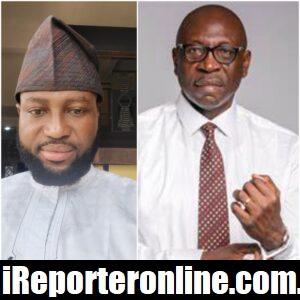 No one should be deceived that party members are displeased about his leadership style, his level of maturity and his carriage since after the elections have proved he was worthy of the party’s ticket.

As far as I am concerned we never could have asked for a better flagbearer than Pastor Osagie Ize–Iyamu he has impacted positively on every member of the APC in the State.”

Similarly, the APC youth leader called on Edo State Governor, Godwin Obaseki to intensify his efforts in delivering his promises to the electorates.

” It is one year after Edo decided on Obaseki, I urge the Governor to as a matter of urgency constitute his cabinet in order to meet up to the aspirations of the electorates, an all-encompassing cabinet no doubt would assist the Governor in delivering his electoral promises.

Edo belongs to us all and we must move the State forward in whatever capacity we find ourselves as leaders in our various areas of specialization.”

2023: How PDP’s Approach Is Enabling The Possibility Of Goodluck Jonathan, Winning The Presidential Election Under The Platform of APC