A pregnant woman, has allegedly been set free and her baby taking away by kidnappers, after detaining her till the birth of her child, introducing a shocking but gory dimension to what has now become a sort of epidemic in parts of Africa. 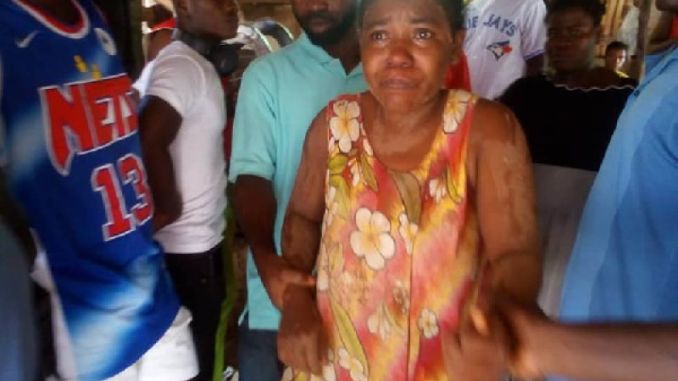 Reports coming from Ghana, said the woman, who was identified as Josephine Panyin Mensah, was seized and taken away from her home in Takoradi, when her pregnancy was already due at nine months, but that her abductors only allowed her to go, after she gave birth and her baby taken away.

According to the source, the kidnappers who were interested in the unborn baby bolted with the baby after she had been delivered, adding that family sources indicated that the distraught woman is currently receiving treatment at the Effiankwanta Teaching Hospital.

The victim, was said to have gone missing on Thursday, September 16, after she went for a dawn walk in Takoradi, and that the police immediately swung into action leading a search party for her after a report was made to the by her husband, Michael Simmons.