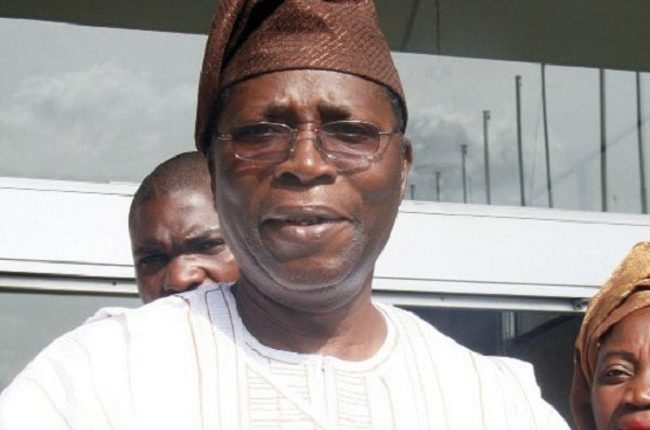 Olurin, a political ally of former President Olusegun Obasanjo died at the age of 76.

Olurin died at Lagos State University Teaching Hospital (LUTH) in the early hours of Saturday, according to Funso Olurin, the deceased’s brother.

According to him, Olurin died after a brief illness.

He hailed from Ilaro in Ogun West Senatorial district of Ogun state.

He was the Peoples Democratic Party (PDP) Governorship candidate in the 2011 general election in Ogun.

The deceased was a Field Commander of ECOMOG Peacekeeping Force in Liberia from 1992 to 1993 during the First Liberian Civil War.