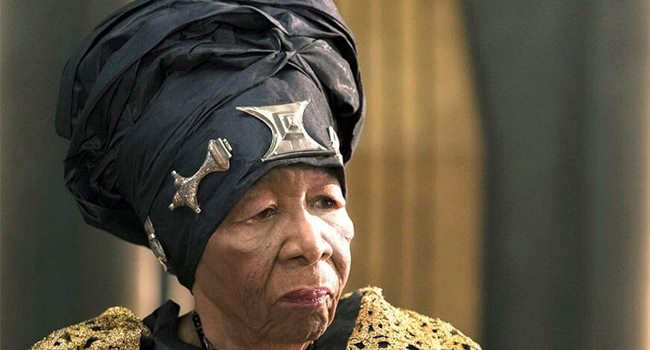 The nonagenarian, who featured as one of the elders in the blockbuster movie, died from an undisclosed ailment on Friday.

She fell sick while filming a sequel for Black Panther.

Reports said Steel, who played the role of a leader of the merchant tribe in the original film, was on the set of the sequel “Wakanda Forever” but flown back home to spend her final moments with family.

Steel’s publicist told WSB-TV that she “went out strong.”

Black Panther stars had taken to social media with tributes to the actress.

Award-winning actress, Lupita Nyong’O, wrote on Instagram: “I will miss Dorothy Steel on the Black Panther 2 set. She was weakest, wildly witty, and very warm. She was dedicated to her role in the movie and showed up with delightful enthusiasm.”

Annie Idibia Congratulates Tiwa Savage As Street In Lagos Is Named After Her, Amid Leaked $ex Tape (Video)

Angel Makes Revelation About Her Body