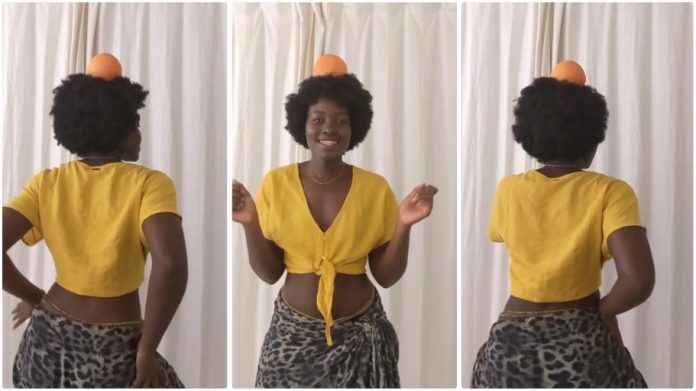 The Kenyan born-American based actress is known for her ebony skin, athletic body, magnificent voice and talent in acting.

But there is one more character trait she has that a lot of her fans knew nothing about. Lupita can dance…and not just dance, she can whine her wasp-like waist better than a Jamaican woman.

And she saw women getting their whine on as they balanced objects on their heads.

So the dark skin beauty thought to herself, “shouldn’t I be part of it too?”

Then, Lupita got to work and put to shame nearly everyone who participated in the challenge.

The beauty recorded herself clad in a pretty crop top and tiny wrap, Lupita started whining her waist as she turned slowly.

Check out the video below :