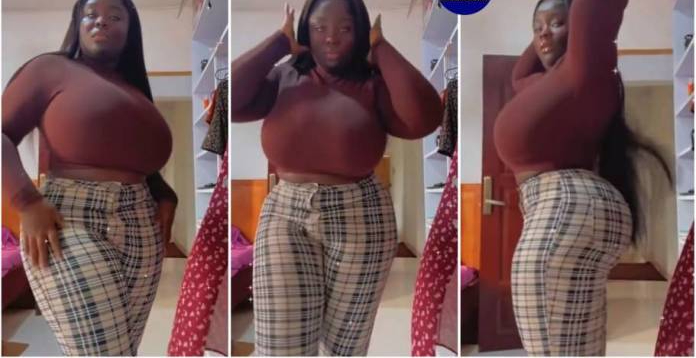 Kumawood actress Maame Serwaa, has again served her fans with an eye-popping video of her hourglass figure in a new video.

In the video, which has got many Ghanaians on social media talking, the actress was clad in a bodycon crop top and tight-trousers which gave way to her enticing body.

Maame Serwaa appeared to be feeling herself in the video and one could say she was really in love with her banging body .

Many fans and followers, who have sighted the video on Instagram, have taken to the comment section to express diverse views.

There were many comments that proved that the fans of Maame Serwaa have indeed missed her dearly and can’t wait to see her on their screens again.

Maame Serwaa has not been very active in the movie industry for a while now and it would seem she is engaged in other things that are equally important to her.

Well, Watch her latest video below :