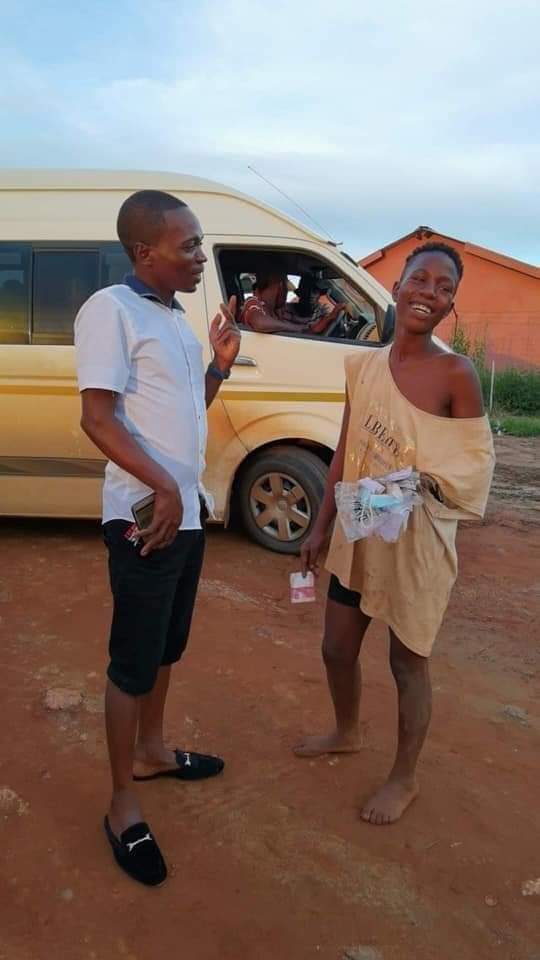 An unknown young man is making serious preparations to marry a lady he literally picked from the streets.

The story was shared by a Facebook user who narrated how the couple met and added some pictures as well.

“He met her homeless and hungry in the streets. She asked him for R50 to buy food. He took her, cleaned and bought her new clothes. He searched for her relatives and ask them for a hand in marriage because she already said yes but he needed permission from her elders. 29 May 2021 they will be getting married. Their wedding is going to be very big.” He wrote.

Checkout the photos below;

Policeman Threatened To Kill Me, Gave Me 7 Days To Pray -Comedian

“I’m So Lucky & Happy To Have U As My Woman” – Singer 2Face Idibia Celebrates His Wife, Annie On Their 8th Wedding Anniversary 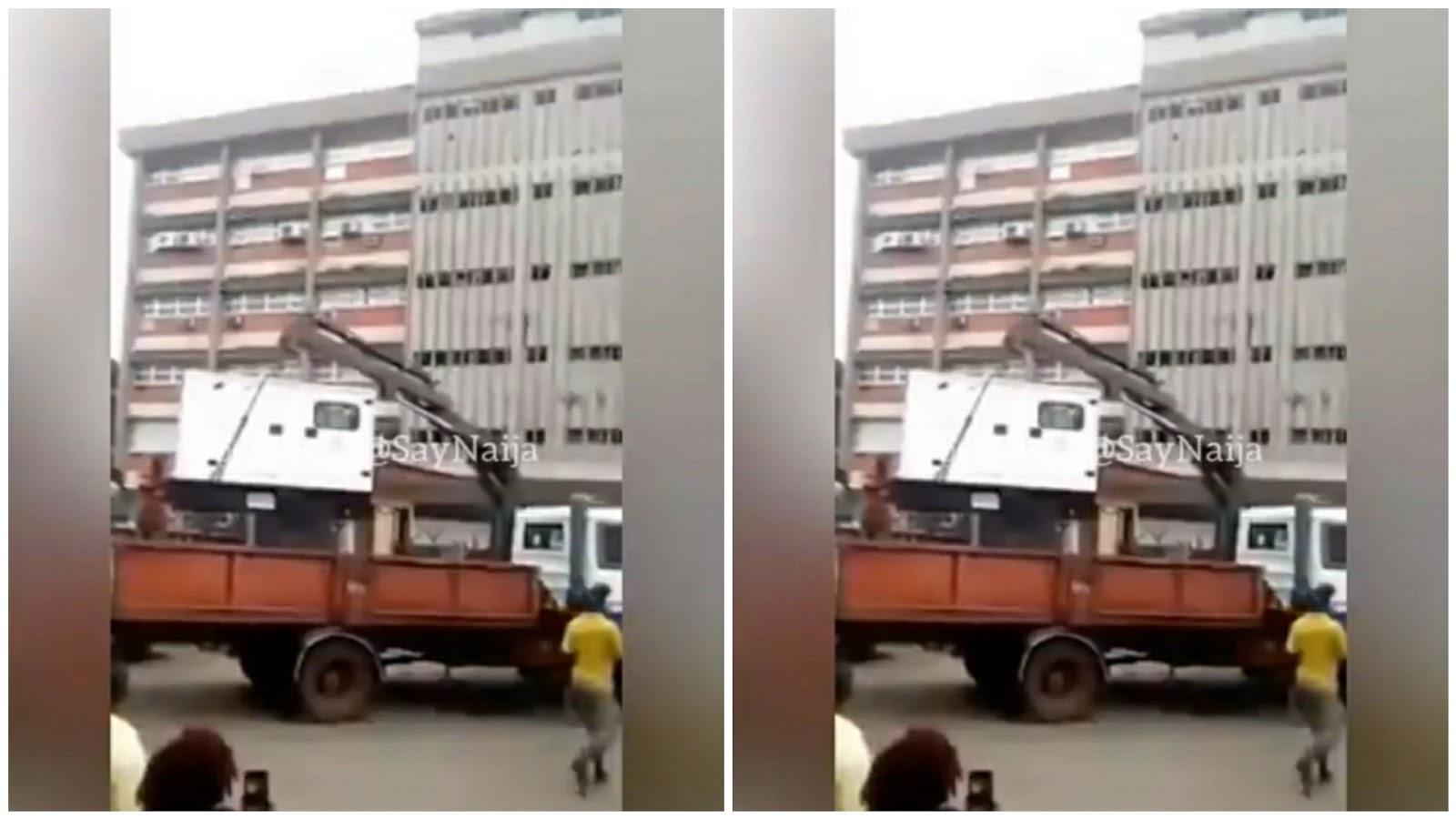 Residents in an undisclosed area in Lagos state have been left in a great shock after they saw NEPA officials bringing out a big generator to power their office when power supply is interrupted.

In the trending video, a few officials of NEPA (PHCN) were seen offloading a big generator from a delivery truck. According to reports, the generator is for the company or office and will be used when lights are out.

In the video, the residents in the area were seen as they were talking and laughing due to shock from seeing NEPA workers with a big generator. It’s indeed an embarrassing moment for Nigeria.
Video below:
Kindly Share This
Continue Reading

During the early hours of Friday, April 9, one of Wizkid’s previous tweets addressing rapper MI Abaga has suddenly resurfaced on social media.

The tweet, which was published on 1st November, 2010 at 8:14pm revealed the Afrobeat singer seeking the attention of the veteran rapper.

With the resurfacing of Wizkid’s tweet, social media users have reacted in a number of ways.

While some have hailed Starboy for his record-breaking growth, others have said he was kidding with his tweet.

In 2010, Wizkid was an upcoming artiste who was signed to Banky W’s Empire Mates Entertainment, EME.

He released his debut album, Superstar in 2011 and has continued to experience a fascinating rise in his music career.

Indeed, the 30-year-old is one of the biggest acts to emerge from Africa. His contribution to the Afrobeats scene has also made him one of the most marketable celebrities in Nigeria.

In 2016, Wizkid achieved international recognition following his collaboration with Drake on the global hit, “One Dance”. Indeed, the song reached number one in 15 countries, including the United States, United Kingdom, Canada and Australia.

In March 2017, Billboard magazine reported that Wizkid signed a multi-album deal with RCA Records. Further, his third studio album – Sounds from the Other Side – was released by RCA Records.

Meanwhile, it served as his major-label debut and was primarily a Caribbean-influenced record. The album was supported by huge singles: “Daddy Yo”, “Sweet Love”, “Come Closer” featuring Drake, among others.

In 2021, he won his first Grammy following his collaborating with American songstress, Beyonce on ‘Brown Skin Girl’. 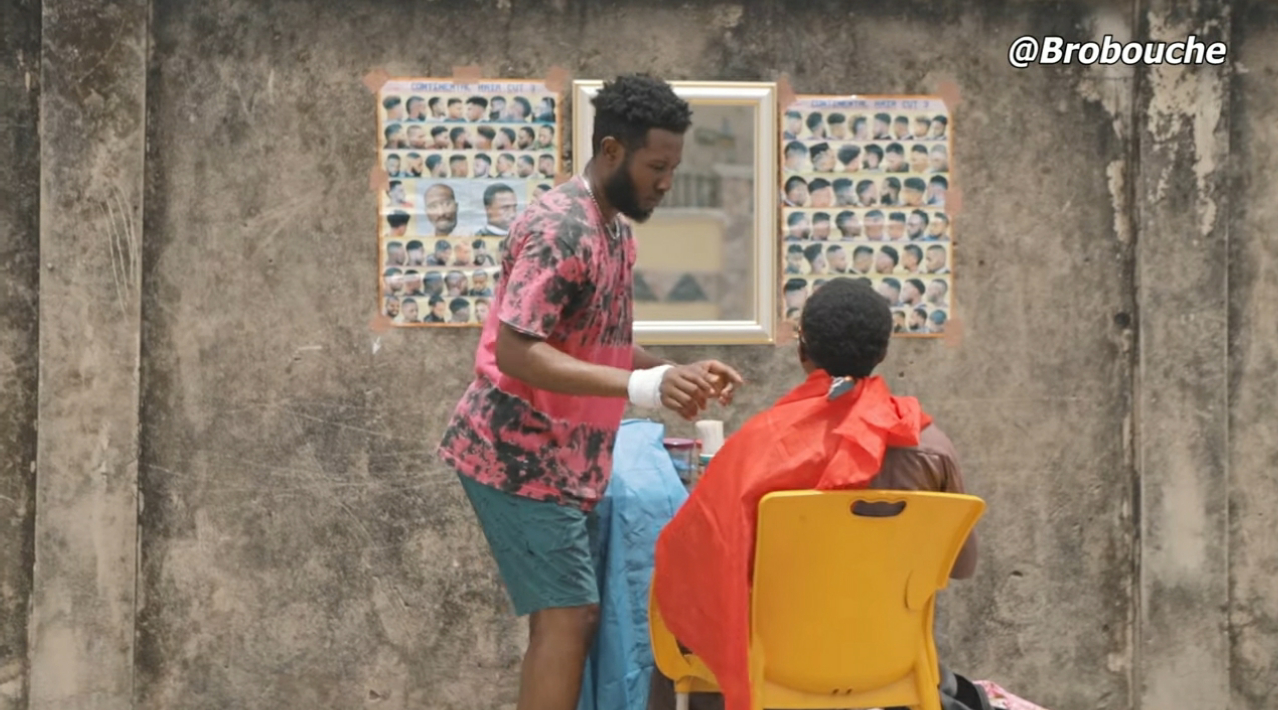 Nigerian comedian, BroBouche, has dropped a new comedy skit, titled, “International Barber and The Strange Man.” His new comedy is educative and at the same time entertaining.

In the new comedy skit, BroBouche welcomes a spiritualist who came to his outdoor shop to cut his hair. He tells the strange man to sit while he gets down with his job – barbing.

The strange man gives BroBouche his own cloth and palm oil (for sterilisation). BroBouche begins to wonder what kind of man is in his shop. After trimming the man’s hair, he tells him how much he’s going to pay, which happens to be N5K.

In the end, the man asks BroBouche for a place to pee. He gives him direction and the man leaves to pee. BroBouche, out of fear that the man might not return, he begins to search his belongings. While searching, he sees a food in a takeaway pack.

He takes the food and begins to eat it. Shortly after he had finished the food, the strange man (owner of the food) appears, touches his food and finds out it’s finished. He turns to look at BroBouche, who immediately denies eating the food. Out of irritation and anger, the strange man turns international barber (BroBouche) to a large tuber of yam.
Video below:
Credits: Kossyderrickdent
Kindly Share This
Continue Reading
Advertisement